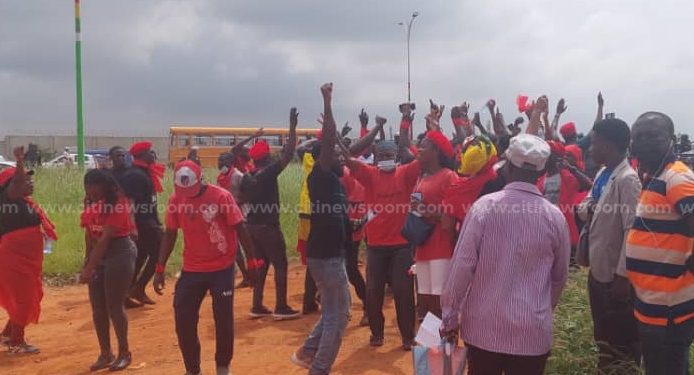 The Arise Ghana demonstrators are massing up at the El Wak Stadium to continue with their scheduled protest against economic hardship.

Speaking to the media, the National Youth Organizer of the National Democratic Congress (NDC), George Opare Addo, indicated that the leadership of the Arise Ghana group will avail themselves to any lawful police invite and procedures. 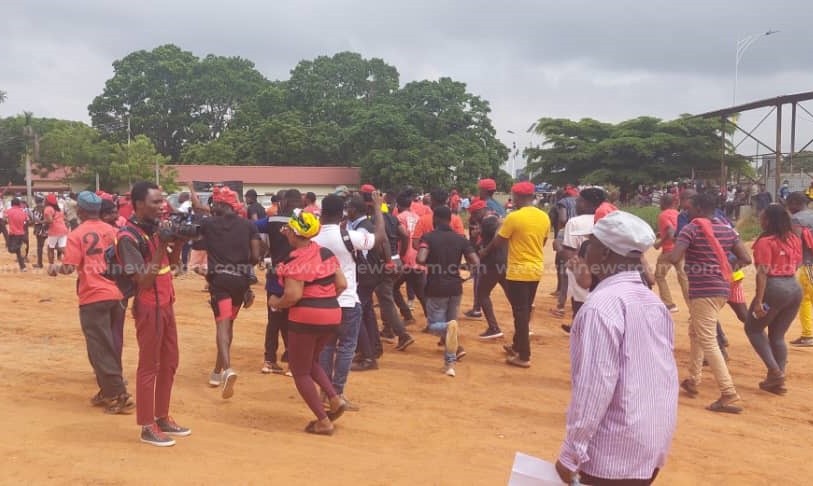 His comments come at the back of a statement from the Ghana Police Service, which indicates its resolve to arrest and prosecute the leaders of the group following violence recorded on day one of the “Krom Ayɛ Hye” protest. 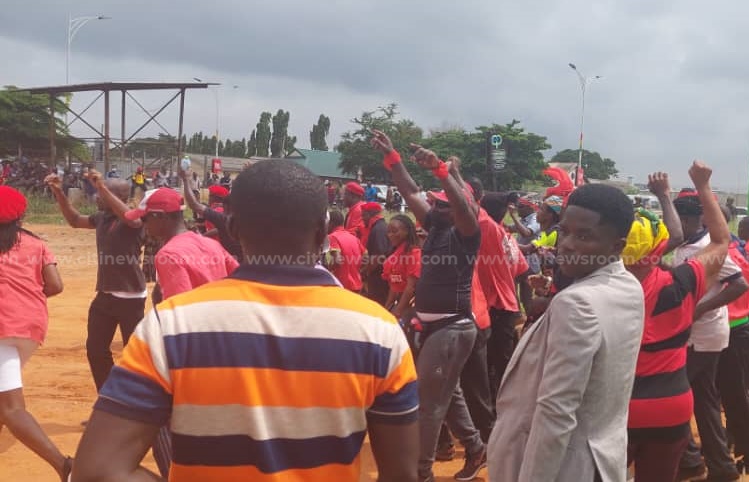 The NDC organizer however says nothing will deter them from protesting and demanding good governance. 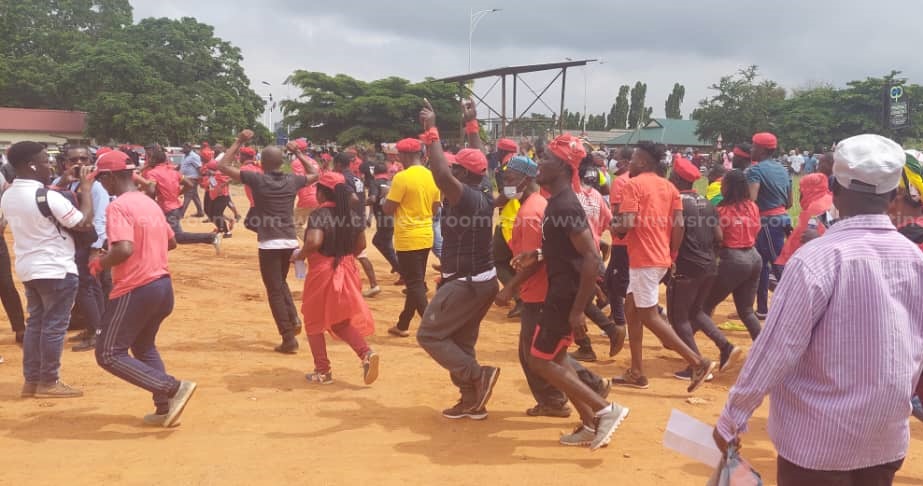 Meanwhile, there is a heavy security presence at Jubilee House, ahead of day two of the demonstration today.

Armed police and military officials are currently at the entrance of the seat of government.

The second day of the Arise Ghana demonstration will see protesters marching from the El-Wak Sports Stadium through the Liberation Road to Parliament House.

Arise Ghana had earlier planned to picket at the precincts of Jubilee House, but the move was opposed by the Police as they subsequently filed an injunction praying the court to direct the organizers to commence the protest at Obra Spot and end at Independence Square.