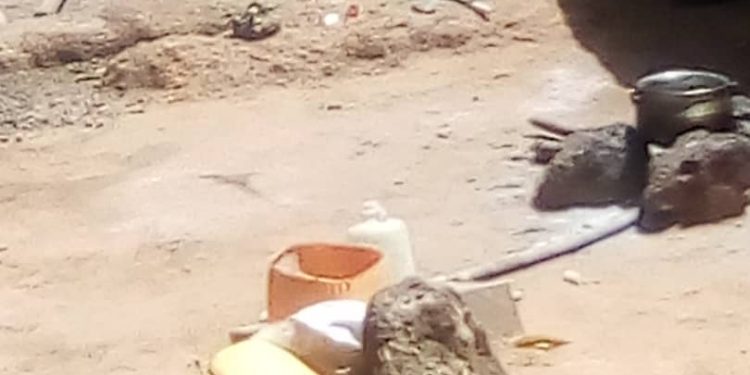 The Asokwa District Court has remanded into police custody a 25-year-old farmer, Godfred Aladago, who allegedly killed two women at Bomfa near Tepa in the Ashanti Region, on Sunday.

Speaking in an earlier interview with Citi News, the Assembly member for the Tepa Zongo electoral area, Issah Mohammed noted that the accused person had a misunderstanding with one Elijah, and after he failed to meet him and attack him, he then resorted to killing his wife and sister.

According to the residents, the accused person reported himself to the police after allegedly committing the act.

The inhabitants of the community massed up at the police station to demand for him to be released, in order for them to lynch him, but the police prevented them. He was later transferred to the Ashanti regional police command.

The accused has been charged with murder.

Appearing before the Asokwa District court on Wednesday, the prosecutor who is also the Ashanti regional head of legal and prosecutions, ACP Kofi Blagodzi prayed the court to remand the accused person, which the Magistrate, Her Worship Afia Densi Asare-Kyire agreed.

The plea of the suspect was not taken.

The suspect is expected to reappear before the court on 1st July 2022.

“The is a murder case, so we didn’t take the plea of the accused person. We have to present the accused person to the court of first instance, which is the District court which was what happened. So we just prayed the court for a remand while the police continue with their investigations. It has been adjourned to 1st July 2022,” the prosecutor, ACP Kofi Blagodzi told Citi News after the court proceedings.