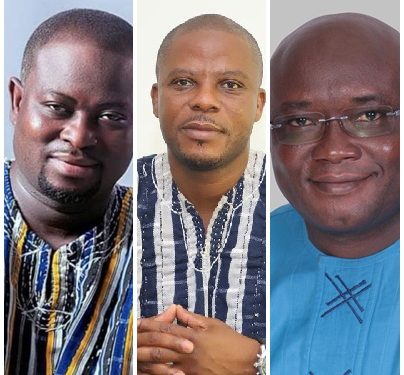 Three first-term Members of Parliament have been accused of failing to refund overpaid salaries to state coffers months after they were notified by the Controller and Accountant General.

They earned salaries as former CEO and DCEs, respectively, in addition to their current salaries as MPs.

The fourth accused, MP for Salaga North Alhassan Iddi, has since the notification refunded the overpaid amount of GH¢42,000.

The Alliance for Social Equity and Public Accountability is currently pursuing the matter.

“As we speak there are some Members of Parliament who were former DCEs whose accounts still kept recording payment of salaries as DCEs and also as MPs and you could see from the document that the Auditor General has asked them to refund them. It is very difficult to blame the MPs involved. This is a payroll management problem. There is a huge discrepancy in our payroll system and there must be a pragmatic step to address this anomaly,” Mensah Thompson, Executive Director for ASEPA said.

This revelation comes amid concerns about the payment of double salaries to some members of the House.

Issues of the payment of double salaries to MPs resurfaced in 2018 after some NDC MPs allegedly benefited from it while serving as both Members of Parliament and Ministers or Deputy Ministers.

The police, during its investigation, interrogated a number of the accused MPs. 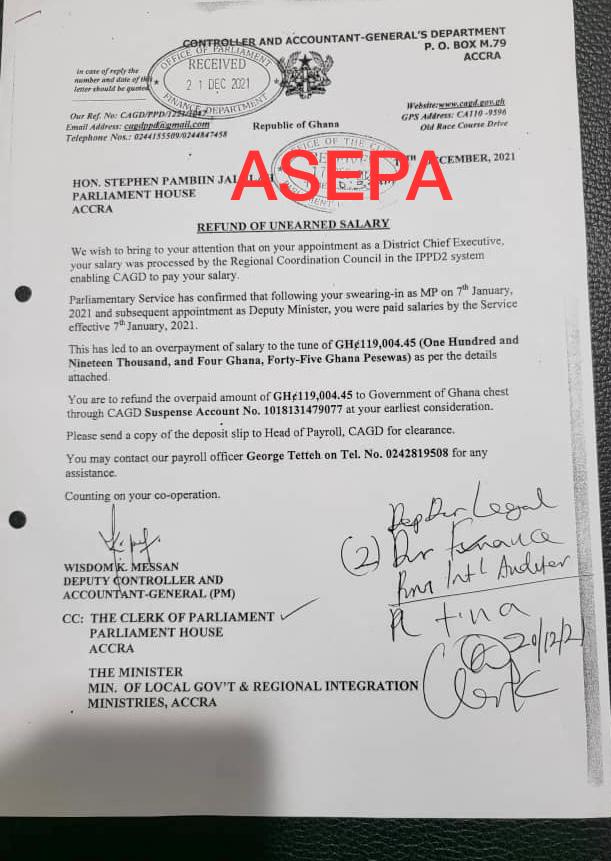 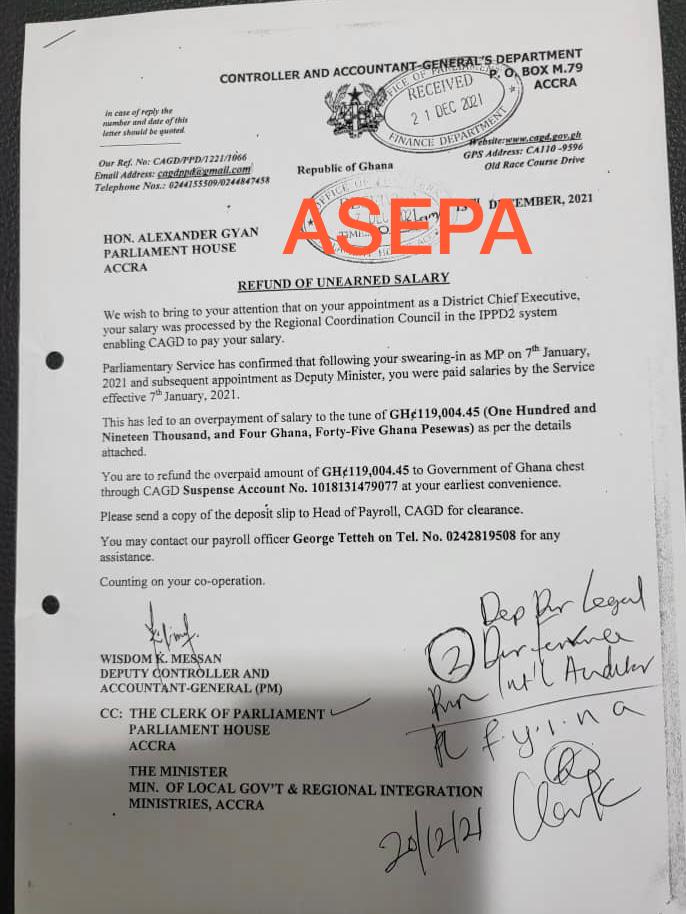 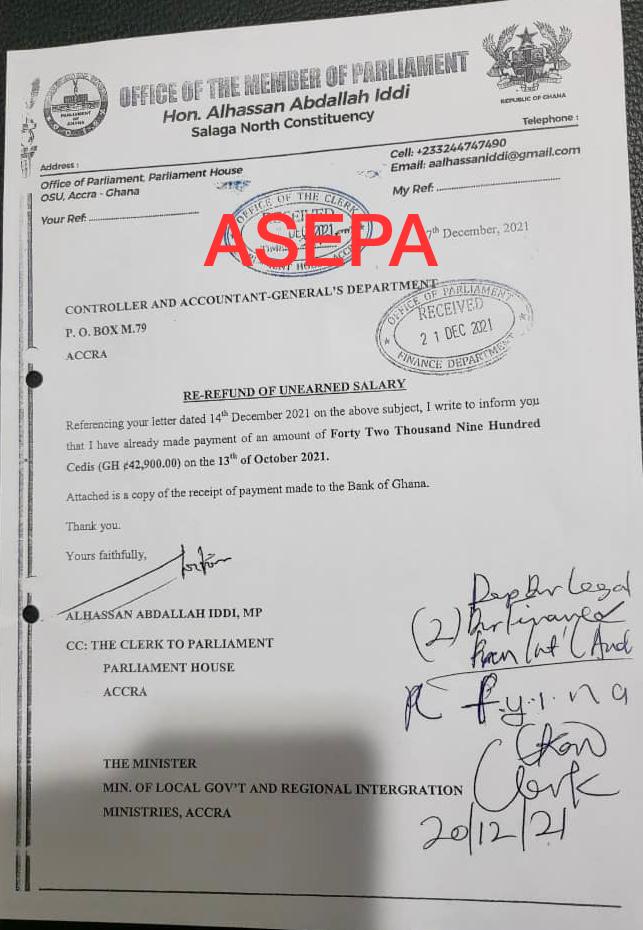 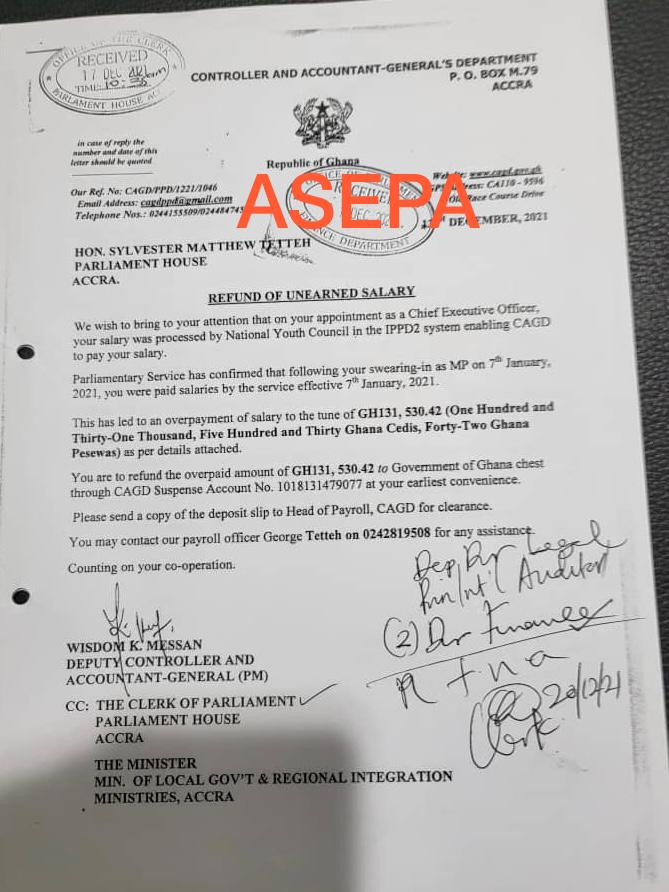