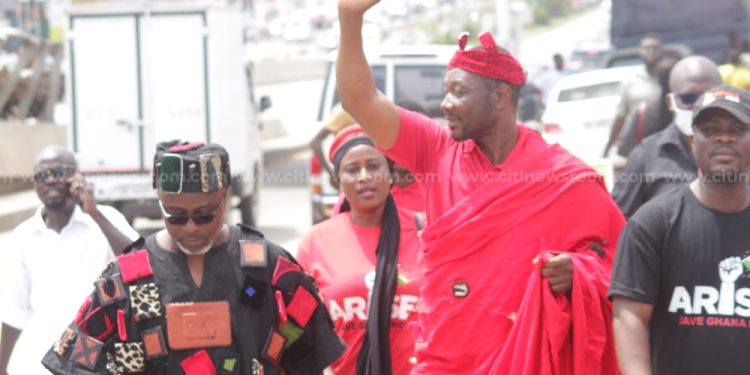 A leading member of the Arise Ghana movement, Bernard Mornah says the group will go ahead with the second day of its protest despite the violence that characterised the activity on Tuesday at the Obra Spot.

Speaking on Eyewitnews News, Mr. Mornah said the violence was orchestrated by the police who, among other things, fired rubber bullets and tear gas unprovoked at protestors.

According to him, some executives of the National Democratic Congress (NDC) were injured by the police’s firing of weapons.

“The Police started firing rubber bullets and tear gas towards us… We were addressing the demonstrators, only for us to realize that they started shooting into the van. The bullet hit people. Asiedu Nketiah laid flat in the vehicle. Ofosu Ampofo fell when he attempted to go off the track… We did everything to contain the situation, but the police did everything to scatter us, and they succeeded. We are continuing with our demonstration. We have a two-day demonstration,” he said.

“Why will you come at us with such violence? The public order act does not allow you to tell us where we should use and what time to start. The demonstrators did not move and the police shot at them,” he added.

The Arise Ghana group had scheduled to hold its demonstration for two days (June 28 and 29, 2022) in Accra to demand, among other things, the withdrawal of the controversial E-levy, total abolishment of the Agyapa mineral royalties deal, return of State lands grabbed by public officials, payment of allowances to NABCO recruits among other trainees, immediate slashing of government spending, reduction on public borrowing and reduction in the price of petroleum products by scrapping taxes.

Following the chaos witnessed on the first day of the protest, there are claims that the group will suspend its planned day 2 activity, but Mr. Mornah said the protestors did no wrong and so will re-converge on Wednesday for the protest.

“We will continue our demonstration from the El-Wak Sports stadium tomorrow… From El-Wak we will go through Christ the King, all the way through the Liberation Road to the Ministries and end in front of Parliament House,” he said.

He added that efforts are being made to provide support for persons who have been left with injuries and those arrested by the police. 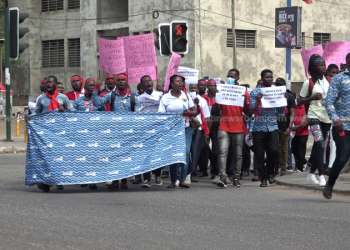