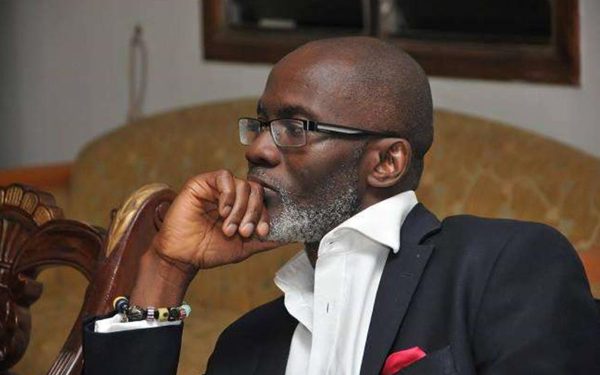 The electronic transactions levy (e-levy) introduced by government to generate additional cash for the government is raking in only 10% of estimated revenue, according to a leading member of the governing New Patriotic Party, Gabby Asare Otchere-Darko.

The government commenced the implementation of the levy on May 1, 2022, after its initial announcement in the 2022 budget.

In a series of tweets, Mr. Otchere-Darko said the e-levy, since its implementation has generated less than GH¢60 million instead of the expected GH¢600 million.

“After 5 months of stalemate and bashing, the e-levy, after implementation, is delivering only 10% of estimated revenues; our revenues remain very low as compared to the rest of the world; debt levels dangerously high, cedi, like most currencies, struggling against the US dollar.”

Touching on the economy, he said Ghana’s ability to service debts is lowering, although the economy is growing faster than most countries around the world.

“Our economy is growing faster than most countries around the world. But, that alone can’t save us as confidence in our ability to service our debts is lowering. We can’t continue to use all the little revenues raised to pay our debts. Very soon we may have to borrow to pay wages.”

“What options are open to government? The question should rather be: what option, if adopted, will re-inject investor confidence in our economy? Even if we find the $3-5 billion required, will that help? E-levy which was to have given us some 600 million [cedis] by now has done less than 60 million [cedis],” he added.

The E-levy was reduced from 1.75% to 1.5% following protests from various stakeholders.

The reduction was considered insufficient by groups that were calling for the levy to be scrapped.

Meanwhile, a survey report released by IMANI Centre for Policy and Education in collaboration with Deutsche Gesellschaft für Internationale Zusammenarbeit (GIZ) said government may not meet its ¢4.5 billion target as about 83% of Ghanaians have reduced their mobile money transactions since the introduction of the levy.