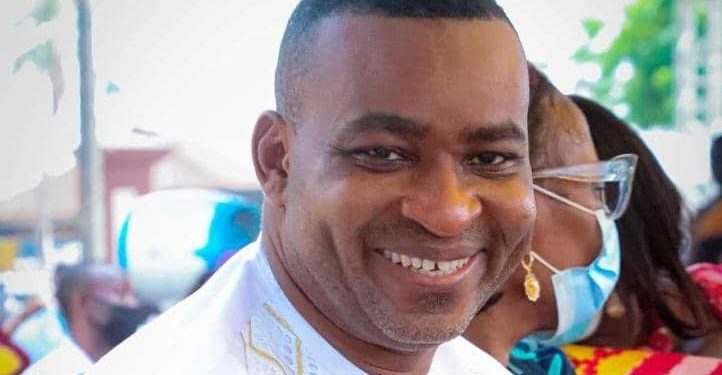 The incumbent Ashanti Regional Chairman for the New Patriotic Party (NPP), Bernard Antwi Boasiako, popularly known as Chairman Wontumi, has expressed gratitude to elders Nana Nkansah Ayeaboafo and Amb. Edward Boateng, his Campaign Team, his entire staff led by Andy Owusu and Nana Afia and the entire leadership and supporters of the New Patriotic Party (NPP) in the Ashanti Region for his decisive re-election.

Chairman Wontumi, over the weekend retained his seat as the NPP Regional Chairman in the Ashanti Region.

Chairman Wontumi first won the position in 2014 and was re-elected in 2018. Before this, he was the Constituency Chairman for Bosomtwe.

At the end of the elections, Chairman Wontumi polled 464 votes against that of his closest contender, Chairman Odeneho Kwaku Appiah (COKA), who got 306 votes, having served as Constituency Chairman for Afigya Kwabre South for close to 20 years.

Speaking to the media after his victory, Chairman Wontumi, expressed appreciation to the leadership and supporters of the New Patriotic Party (NPP) for another opportunity to lead the Ashanti Region ahead of the “Breaking the 8” agenda.

“I wish to express my heartfelt appreciation to the leadership and supporters of the New Patriotic Party (NPP) for their unflinching support and votes in the recent elections. I believe if we are united, we will break the 8”.

He further noted that his re-election was an indication that the NPP has a stronger chance of “Breaking the 8″ in the 2024 elections.

“Breaking the 8, has started from the Baba Yara Stadium; NDC you cannot stop us,” he said.

He said the NPP has a strong message for Ghanaians and before this could be translated into governance, the party must be united and ready to break the 8.

“We should demonstrate this by standing together and be united so that we are able to break the 8 in 2024”, he admonished. Chairman Wontumi stressed that “we may have our differences, but we need to work together since a lot is expected from us as a formidable political party. The NPP believes in a healthy competition.”

He praised all the aspirants for the efforts they put in and asked that they all join hands as a team to break the 8.

He reiterated the Party’s commitment to making Ghana the jewel of Africa.