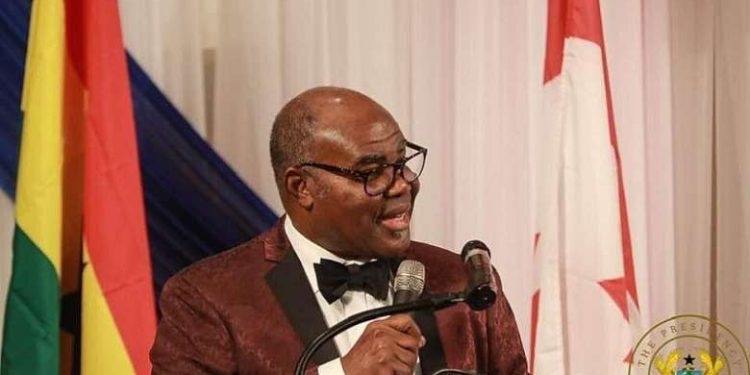 One of the candidates for the Chairmanship position in the upcoming New Patriotic Party (NPP) national delegates elections, Joseph Ayikoi Otoo, has withdrawn from the race.

Mr. Otoo a former Attorney General under the Kufour administration, had been approved by the vetting committee of the NPP to bid for the chairman position.

He also recently served as the High Commissioner to Canada.

But less than two weeks to the conference, the party has confirmed Mr. Otoo’s decision not to contest.

Addressing the press in Accra, the Chairman of the elections committee, Peter Mac Manu, indicated that the elections will not be affected by this decision.

“For me, he has brought a letter duly signed that he is withdrawing from the race and that nevertheless, his support for the party remains unshakeable,” Mr. Mac Manu said.

The aspirants will face off during the polls on July 16 as the NPP decides on its national leaders ahead of the 2024 elections.