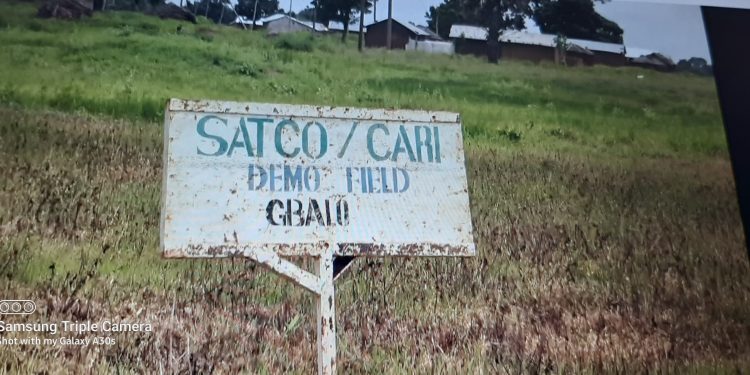 A group calling itself Concerned Members of Gbalo Community in the Chereponi District in the North East Region has condemned a clash between Gbalo and Sagon communities.

There was a disagreement over farmland leading to the destruction of properties.

Several houses and other properties were destroyed at Sagon Community rendering residents there homeless.

Many feared the incident could lead to tribal conflict like in 2019 when several lives were lost in a similar incident.

One leader of both sides condemned the attack by calling on its members not to escalate the matter.

On Wednesday, the Konkomba Youth Association KOYA held a press conference in Saboba to condemn the attack and called for justice for the people of Sagoon.

They called on the security agencies to arrest and prosecute the perpetrators and called on the government and other benevolent organisations and individuals to offer support for the victims as they have nothing to leave on.

The KOYA group at the press conference accused the Gbalo Community of deliberately raiding the sagon township.

They cited reasons which they believed had led to the attack.

But in a rejoinder to the release by KOYA , a group calling itself the Concerned Members of Gbalo community also condemned the attack but debunked some of the reasons expressed by KOYA.

The group contends that the land over which they fought belongs to the Gbalo people who are the Anufors and that they have been living peacefully with their neighbours.

They say the two communities have lived as brothers over the years collaborating on many issues.

“Many people who farm on the said land follow due process to access the Jabu lands to cultivate vast acres of land free of charge. Prominent among them are two former Members of parliament for the Chereponi constituency, Hon Alhaji M. S. Issah Abah and Hon Samuel A. Jabanyite, the latter being a Konkomba man. Hon Jabanyite himself cultivated several acres of farmland given to him by the Jabu clan to which the Gbalo community belongs.”

The group alleged that the Sagon Community in recent times are engaged in actions that seem to undermine the authority of the land owners.

“The Kombas refused to meet with the Anufors which led to the intervention of the Paramount Chief of the
Chereponi Traditional Area on 15th April 2021. He adjudicated the civil case and passed judgment that the land belonged to the Anufors (Jabu Clan) and advised the parties to dialogue and utilize the land as well as put in place a system to regulate strangers’ access and use of the land to forestall future dispute.”

They are however calling on the government and the security agencies to investigate the issues properly to ascertain the truth of the matter.