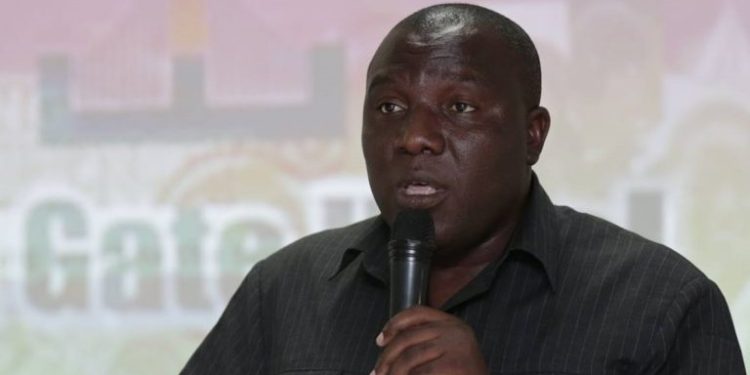 The Eastern Regional Minister, Seth Kwame Acheampong has allayed fears of the possible closure of second-cycle schools in the region due to food shortage.

He says, although the food items are scarce, measures have been adopted to provide schools in dire need of supplies with such items.

Seth Kwame Acheampong further assures that, more of the foodstuff will be distributed in due course.

Last week, the Conference of Heads of Assisted Secondary Schools (CHASS) drew the attention of the Regional Coordinating Council to the imminent closure of Senior High Schools due to the situation of current food shortage crisis in the region.

According to the RCC which is calling on development partners to support the government to address these challenges, the government’s resolve to seek a bailout at the International Monetary Fund is to help realign and address some of these issues.

But the Minister said some schools have received food items, with others expected to follow.

“As of Thursday [July 21, 2022], we have received 2,838 bags of rice, 1,081  boxes of mackerel, 500 gallons of cooking oil. These are items we have received. So far, we have distributed them among 25 schools. We are expecting more consignments. Our distribution has been influenced on a need basis.  Some have stock, others don’t. That is how we are going about it.”

Meanwhile, stakeholders will be meeting to find a more sustainable solution to the issue in order not to affect teaching and learning.

“We are engaging managers of these schools through the Ghana Education Service and with the mechanism we have devised in the region, we will mitigate the need. We have the assurance from the Ministry of Education that we will receive more stock.”

The Eastern Regional Conference of Heads of Assisted Secondary Schools has cancelled the upcoming Super Zonal sports festival for second-cycle schools due to food shortages.

At an emergency meeting with all Zonal Chairpersons in Koforidua, the leadership of CHASS directed zonal heads to dismiss all athletes who were being camped for the sports festival slated for July 24, 2022.

CHASS explained that the host schools will not be able to feed the athletes.

Currently, students from seven zones who are training ahead of the super zonal competition to be selected to represent the Region at the National sports festival on 20th October, in Takoradi, have been frustrated.

Some athletes in the Koforidua zone called on the authorities to rescind their decision.

“We are all trying to get some qualification to the university and get scholarships,” one student said.

“Some even want to go abroad, but because the competition is being cancelled, their plans and their aims will be stuck somewhere.”

Meanwhile, some external sports trainers who were contracted to help train the athletes called on the Ministry of Education, the Regional Coordinating Council and government to make the necessary arrangements for the event to go ahead.

“The students sacrificed a lot to train, but the competition has been cancelled, so we are disturbed, so we are pleading with Regional Director for Eastern Region… please allow this programme to come on.”