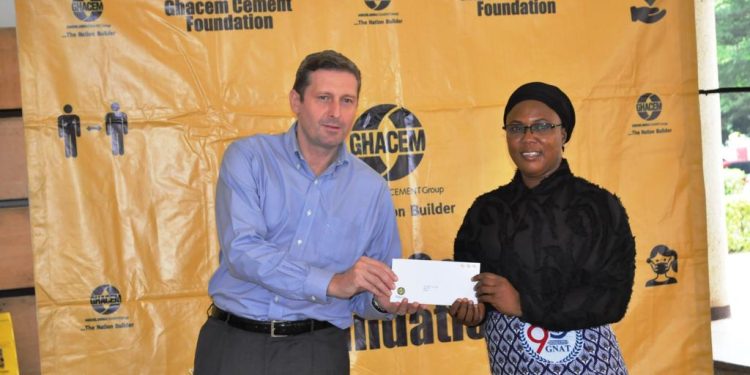 Corporate Entities in the country have played major role in the socio-economic development of the nation by investing huge sums of money through various activities such as Corporate Social Responsibility (CSR) programs to support Government’s developmental agenda.

Foremost cement manufacturer; Ghacem Limited is no exception and has over the years since its establishment embarked on key CSR initiatives to add to its quota towards national development.

To further deepen the support, the company in 2002 set up a foundation known as the ‘Ghacem Cement Foundation’ (GCF) to assist in the infrastructural development of health and educational institutions in deprived communities in the country.

The foundation has since its inception donated a total of 650,000 bags of cement, valued at a cost of Ghc 39 million. 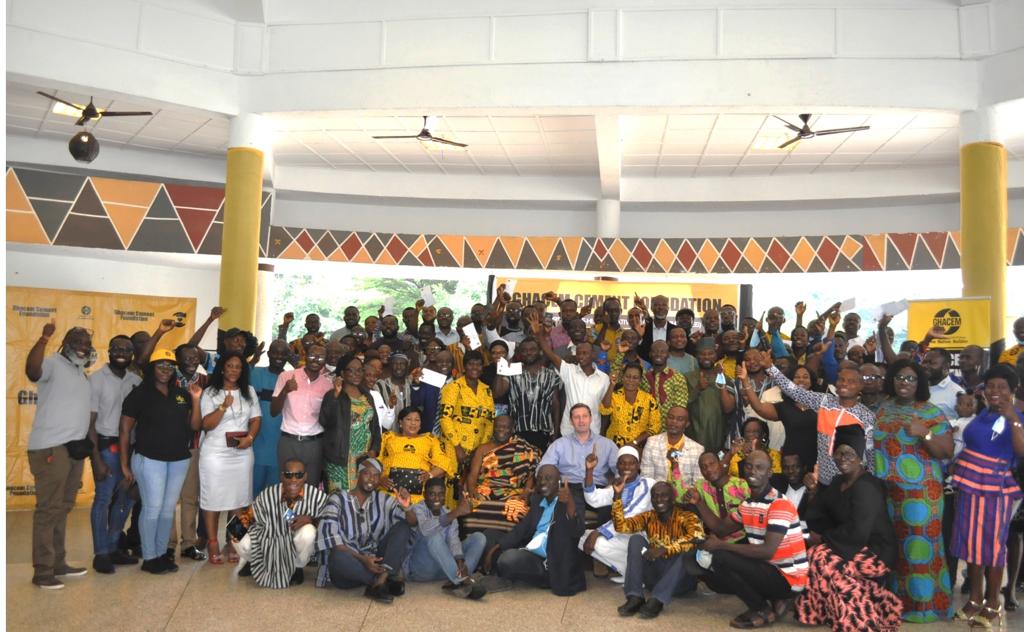 Over 111 beneficiaries from the Northern part of the country gathered at the Golden Tulip Kumasi to receive cement allocation chit for the various health and education projects.

Also present were members of the Ghacem Distributors Association, Ashanti Region led by the Chairman, Mr. Clement Effah, C.E.O of Clemonic Company Ltd. who were on hand to endorse the impact of the Foundation on their market activities.

Addressing representatives of beneficiary institutions from the Northern Sector, Managing Director of Ghacem, Mr. Stefano Gallini said the company was happy to give back to society as it cares about the plight of deprived communities of the country. “This year we budgeted 25,000 bags because we want to see our communities grow as we add our quota towards national development through the Foundation”.

He said the company is committed to invest more in its CSR to support Ghana. “We recently donated 2 truckloads in support of Appiate disaster rebuilding project and as a company that cares about the environment, we support the Ghana Wildlife Society and other sustainable programs such as the National Tree planting agenda by Government”.

Mr. Gallini urged the beneficiaries to patronize the quality Ghacem cement products. “When you buy Ghacem, you do not only buy the product but a commitment to see development in infrastructure and a safety towards people and the environment. Be our ambassadors and promote our products”. He quipped.

Ehunabobrim Prah Agyensaim VI, Paramount Chief of Assin Kushea of the Owirenkyi Traditional area and Chairman of the foundation, in his report urged the beneficiaries to be honest about the application and apply for more cement to serve as good partners of Ghacem to develop Ghana.

He therefore seized the opportunity to brief the gathering on the mode of application: Two (2) types of application exist: To rehabilitate an existing structure that needs work to be done and for new structures the community has reached lintel level that needs support.

Procedure includes: Original application letter from the Head of Institution (The Head Teacher/Master, Doctor-in Charge or Medical Assistant/Administration and Head Midwife). A Letter from the District Director of Education or Health. A Letter from the DCE or any Senior Government Official or Chairman of the Town Development Council or head of religious institution. Two pictures of existing structures to be rehabilitated to be endorsed by the Director of Education/ Health and add expected completion time for project after cement has been donated. Applicants are to apply for one project at a time.

Mr. Benny Fiifi Ashun, Head of the Ghacem Cement Foundation Secretariat, who doubles as the Marketing & PR Manager of Ghacem in an interview announced the opening of the cement application for the year 2022/2023. He said the secretariat is always humbled to work on the numerous applications it receives every year.

He however lamented on the low applications from some regions such as the Upper East and Upper West and urged them to apply more in 2023 to drive the course of developing the whole of Ghana.