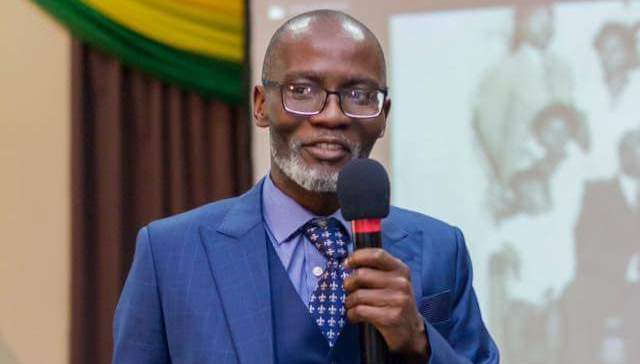 A leading member of the New Patriotic Party (NPP), Gabby Asare Otchere-Darko is accusing the Minority in Parliament of forcing the government to seek an IMF bailout.

He suggested that the government’s decision to go to the IMF is due to the difficulties in raising enough revenue from the E-levy because the Minority resisted the approval of the tax.

“We had a major way of raising revenue which had been frustrated for six months. The point is yes there were challenges, but government came up with its policies to see how to address those challenges and those policies were frustrated by the very Parliament that we have. The Minority Leader was actually bragging and taking credit for frustrating government’s attempt to raise money, delaying that by six months. I am not too sure how any government in Ghana’s situation would have rescued that [situation],” he said on Joy News on Saturday.

“I think when you have an opposition party which believes that nothing matters than political capitalization of situations and can go out to the public and say that yes, praise us because we stopped the government from getting its way in raising revenue to solve the situation and the problems facing the ordinary Ghanaian,’ then I think those are the things we need to focus on,” he added.

The Ministry of Information on Friday, July 1, 2022, announced that President Akufo-Addo had given approval for Ghana to begin engagements with the IMF for a bailout. The ministry said the Minister for Finance, Ken Ofori-Atta will be leading the negotiations with the IMF in the coming days.

The news has been received with mixed feelings, as it comes as a major U-turn by the government after it vowed not to ever go under an IMF programme after exiting the last one in 2019.

But according to Mr. Otchere-Darko the government was firm with its decision not to go to the IMF, but it was pushed to do so because the E-levy which was a major tax handle to rake in revenue and put the economy on the path of growth was delayed by the Minority.

He said the government now has no option but to seek the IMF’s help due to the situation, arguing that, “we are in a difficulty but if you are government and don’t intend to go to the IMF, but you are put in a situation where your avenues for raising revenue are being closed, whether through parliamentary action or by public rejection, then you have to tackle it.”