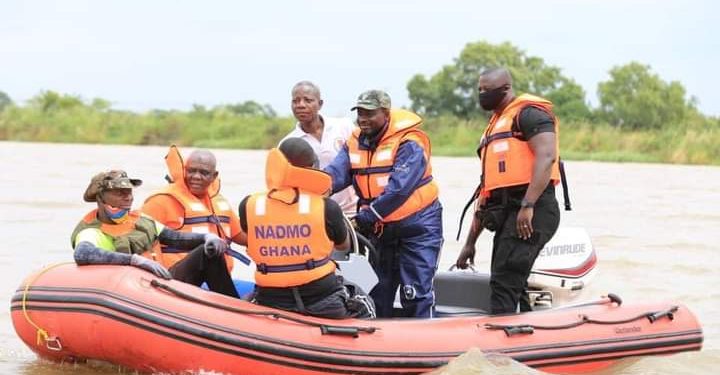 He said this was due to the effectiveness of the organisation’s disaster management plans, regular sensitisation programmes and other measures instituted to readily manage disasters and reduce risks.

He said eight out of 16 Metropolitan, Municipal, and District Assemblies (MMDAs) were affected by rainstorms, domestic or bushfires, and conflicts with the breakdown of 1,040 people, 83 houses, 64 acres of farmlands and 33 communities as against last year’s records in the region.

According to Alhaji Abdul-Mumin, the reduction in disaster cases was achieved by proactive measures the Northern Regional NADMO executed early this year with the help of the Northern Regional Platform for Disaster Risk Reduction, a group made up of stakeholders with diverse expertise and competence in the area of disaster risk reduction.

The NRDMP and SOPs were developed in June 2020 by stakeholders with funding support from the Swiss Red Cross through the Ghana Red Cross Society.

They served as working documents for the Northern Regional Secretariat of NADMO targeted at reducing disasters and their impact on people in the region.

Alhaji Abdul-Mumin said the NADMO had advanced discussions with some MMDAs and the Ghana Highway Authority for the expansion of major storm drains across the region to avert floods in the region.

He stated that it was important to have plans in place to manage disasters, adding that disasters posed major threat to socio-economic development of countries across the globe including Ghana. Alhaji Shani Alhassan Saibu, Northern Regional Minister and Chairman of the Northern Regional Disaster Management Committee, whose speech was read on his behalf, said the NRDMP was to identify and reduce disaster risks in the region with changing conditions.

He said there was a need to review the plan every two years to enable the creation of a cohesive and well-coordinated programming framework to develop the capacity of communities for effective disaster risk reduction, response and recovery. Hajia Gyamila Abdul-Wahabi, Head of World Food Programme, Tamale sub-office, commended the Northern Regional office of NADMO for the initiative to manage disasters having documented plans, and urged other regions to emulate it to prepare to prevent potential disasters.

She said there was the need to be proactive towards terrorist attacks in the region and called for a broader scope of the disaster management plan to include such instances, which usually caused panic.

Alhaji Alhssan Issahaku, Northern Regional Coordinating Director, said the NRDMP had allocated responsibilities for all District Assemblies in the region aimed at enabling them work ahead of the rainy system to prevent floods as experienced in previous years.

He urged District Assemblies to keep up with their responsibilities and ensure that necessary steps were taken before the rains intensified.