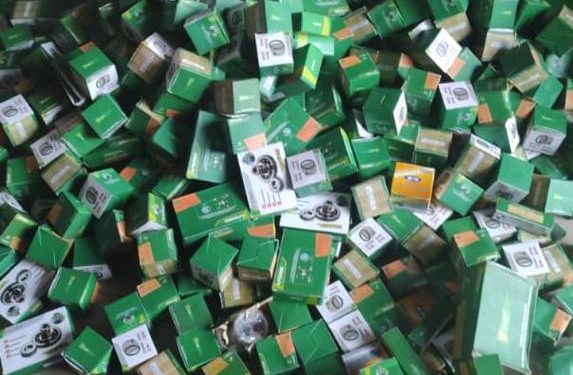 The Kumasi Circuit Court has granted bail to a 38-year-old Nigerian, Anthony Mamah who was arrested at Alabar for allegedly selling fake Apsonic motor parts to unsuspecting clients in Kumasi.

He is expected to reappear before the court on 20th July 2022.

According to the sole agents of the product, they have been receiving complaints from a number of people, who express dissatisfaction with their products, and after conducting investigations into the matter, they realised that some other persons have been selling fake ones.

The head of sales and marketing at Apsonic motors, Abdul-Karim Nasam who was in court, told Citi News the phenomenon is affecting their operations badly.

“We have been having difficulties with fake parts in the country. We are the sole agents of Apsonic products and of late, we have wasted and invested a lot of money to run advertisements to emphasize product quality. But we realised that most of our sister distributors (mostly those from the Nigerian community) have been copying our product case and have fake motor parts, which they also import those inferior ones and sell to the public. A lot of complaints have been coming from our clients,” Abdul-Karim Nasam added.

Abdul-Karim Nasam says that based on the frequency with which they were receiving complaints, they decided to trace the source of the fake products.

“We realised that one Nigerian had brought fake parts onto the market, but the clients do not know. When you see the case, it is green with Apsonic embossed on the products. When they buy and fix on their motors, it won’t take even a month they will break down. The regional supervisor together with his team helped trace and together with his team and the police, helped to apprehend the person who is selling it and importing as well to spoil the market”.

The head of Ashanti regional legal and prosecutions, ACP Kofi Blagodzi believes that prosecuting the suspect could help curb the menace.

“We are prosecuting this case to ensure that there’s sanity in our system”.

Ejura unrest: Victims will be compensated after completion of administrative processes - Dery