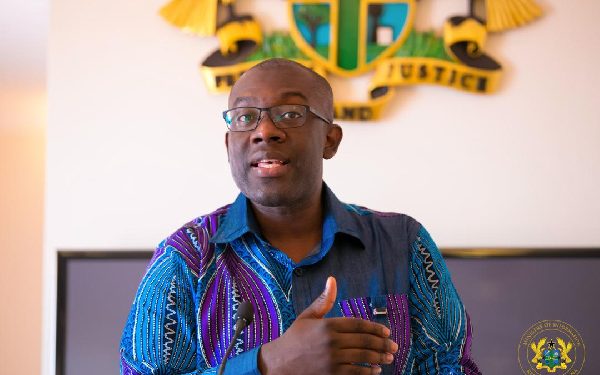 Information Minister, Kojo Oppong Nkrumah says the current economic challenges facing the country demand urgent action rather than calls for government to publicly render an apology for the tough times.

It follows government’s backtrack on its insistence not to take Ghana back to the International Monetary Fund (IMF) in the face of the economic downturn.

In March 2022, Ken Ofori-Atta announced that the government will not go to the IMF but rely on a domestic economic recovery plan; however, being unable to meet its growth targets with the plan, the government is now going to the IMF for support.

The news has been received with mixed feelings, with government receiving backlash from Ghanaians over what they feel is the government’s poor handling of the economy.

“I don’t think it’s about an apology or no apology. It’s about dealing with the realities of the situations in front of us. The reality of the situation is that, we have a twin crisis that has exacerbated our domestic challenges”, he said on the Citi Breakfast Show.

Government says its ‘primary reason’  for Ghana’s return to the International Monetary Fund (IMF) is the COVID-19 pandemic and the Russia-Ukraine war.

He also attributed the current situation to the recent economic downgrade by international rating agencies.

“The domestic programme which would have enabled us to deal with it has had its own challenges. The president has asked that we open the IMF window and start engagement with the fund. Let’s give ourselves the opportunity to go through it,” he added.

The Ministry of Information on Friday, July 1, 2022, announced that President Akufo-Addo had given approval for Ghana to begin engagements with the IMF for a bailout.

The Information Ministry said the Minister for Finance, Ken Ofori-Atta will be leading the negotiations with the IMF in the coming days.

This will be the 17th time Ghana is going to the IMF for help. The 16th time was under the John Mahama administration in 2015 and ended in 2019.

“The Fund is not a single bullet to answer all the questions that we have, but if they can come to support the program that we have on the table. The President has made that decision, and we have started putting in place the mechanisms”, Mr. Oppong Nkrumah added.

Should Ofori-Atta resign or not?

On calls for Finance Minister, Ken Ofori-Atta to resign or be fired for supposedly running the economy aground, Oppong Nkrumah said “I think it’s a fair” request but not necessary at the moment.

“The [Finance] Minister is [only] responsible for fiscal policy. He had earlier expressed a view supported by government that it is better to use domestic measures to deal with some of these challenges than to find yourself in a situation where you need external help of this nature. Unfortunately, the domestic measures have been challenged. At the time they’ve been challenged, there’s a twin global crisis that is biting hard. Any president that is feeling the pain of his people, would explore what options work best. This is the window the president wants us to open and engage with to deal with the short-term problem but at the same time deal with the bigger economic problem.”

Is it John Boadu’s incompetence or scheme to rig the elections? [Article]