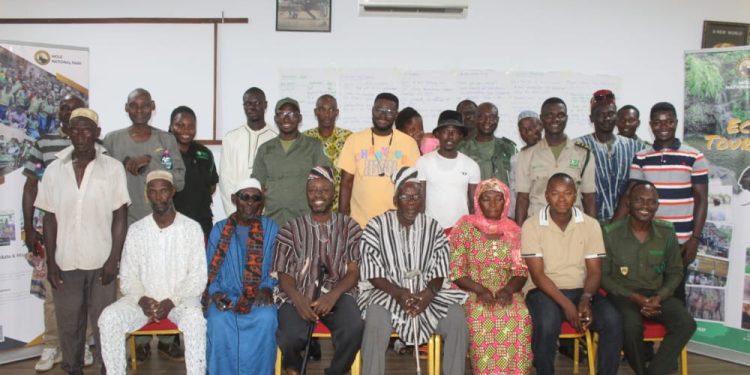 Management of the Mole national park in the West Gonja Municipality of the Savannah region says it is making efforts to address conflicts between the park and farmers of the Larabanga community.

This follows a Citi News report of farmers and youth in the community threatening to take matters into their own hands after elephants from the park allegedly destroyed 20 farms this year alone.

The assistant manager of the park, Bona Chire told Citi News after a meeting with some farmers and a section of the community that, the management of the facility is committed to addressing the concerns of the farmers.

He admitted issues of wildlife conflict have been rife within the Mole landscape.

“Issues of human-wildlife conflicts have been rife within the Mole landscape for some time and Larabanga community is one of the communities that are most affected when it comes to some of these issues. So it is necessary to engage with some of the option leaders as well as the farmers so that we can discuss these issues and see how we can come to a common ground.”

Mr. Chire also said, “we have come up with a small road map that we want to use and as a park, we will help to facilitate the implementation of the road map.”

Tolodompewura Abdallah Ahmed, a conflict mediator who moderated the meeting, spoke of the need for Ghana to consider enacting laws to address conflicts between protected animals and farmers.

“In Ghana, for now, there is no law specifically asking for compensation for the farmers, but what we have discussed will lead us to a system where stakeholders will see the need to draft a bill to bring about compensation for farmers and how such matters should be handled.”

The assembly member for the area, Amidu Karim, expressed satisfaction at the outcome of the meeting.

Though the Mole national park is a great success story for Ghana, the challenge of containing intelligent animals within the park is posing a serious problem for local communities, such as farmers in Larabanga.

Their farms offer a tempting source of food to roaming elephants, which sometimes wipe out an entire farm.

Farms of communities such as Larabanga are raided every year.

The farmers, Imams and the park managers at the end of the engagement came out with a road map to deal with the issue.