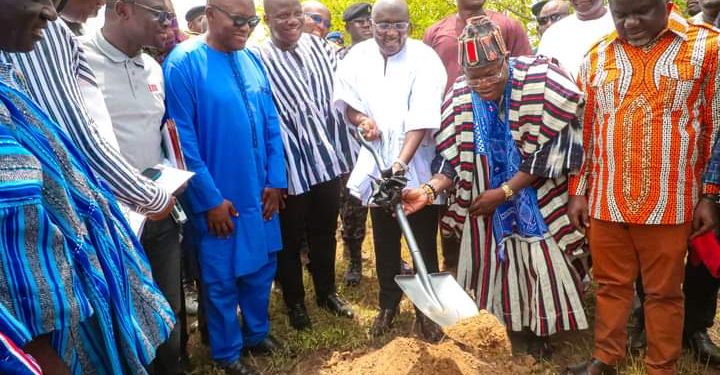 Vice President, Dr. Mahamudu Bawumia on Friday cut sod for the construction of a $200 million Debre Port project and a 1,000-acre industrial park worth $250 million by LMI Holdings at Debre in the Central Gonja district of the Savannah Region.

The project is expected to facilitate the transportation of containers and other cargo from Tema port to the north of Ghana and other neighbouring countries.

Speaking at the sod-cutting ceremony on Friday, July 22, 2022, Dr. Bawumia underscored the importance of the project, especially for the movement of goods, cross-border trade, and preservation of Ghana’s roads. 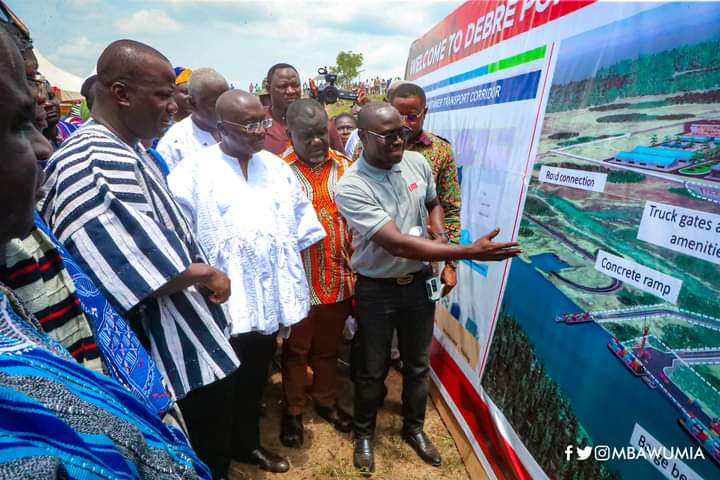 “Using the Volta Lake, vessels will transport goods and containers in transit to and from the Tema Port. These containers will be moved by rail to Akwamu-Korankye and then loaded onto barges to the Debre Inland Port.”

Dr. Bawumia said the “$200 million inland marine port and the $250 million Industrial Park will address a myriad of issues that continue to plague the movement of goods in Ghana and to our neighbours in the sub-region.”

“Most of the over 30,000 trucks, annually, moving goods to landlocked countries of the northern boundary of Ghana will be taken off the roads. The total monetised benefit for the intervention encompasses a reduction in generalised cost, comprising vehicle operating cost, travel time, carbon emission, reduction in transportation cost, and reduction in post-harvest losses,” he started. 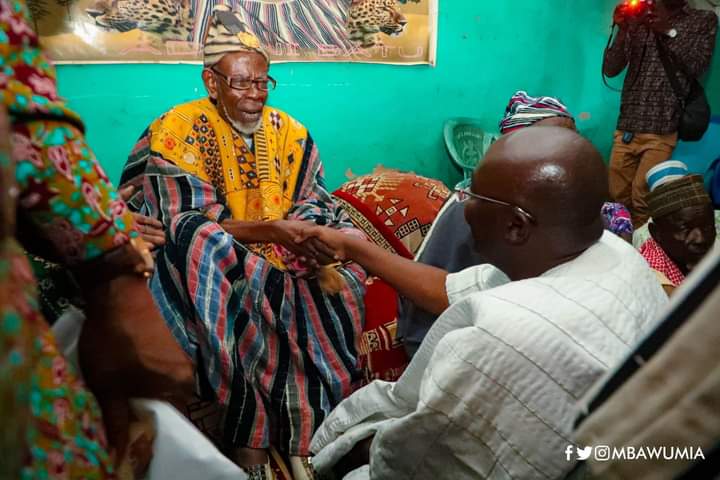 The Chief Executives of LMI, Mr. Kojo Aduhene said the Debre Port project includes the development of a logistics park at Debre to capture a greater share of transit trade volumes in the sub-region to be known as the Debre Logistics Terminal.

“The logistics park will be known as the Debre Logistics Terminal(DLT). It will be an ultra-modern integrated logistics terminal consisting of a Container Service Yard(CSY), Container Freight Station(CFS), Reefer, Warehouse, Truck Parking Area, Trucker’s Facilities, Fuel Station, Commercial Complex, Freight Forwarder Offices, and facilities for the courier, telecommunication, utility services among others.” 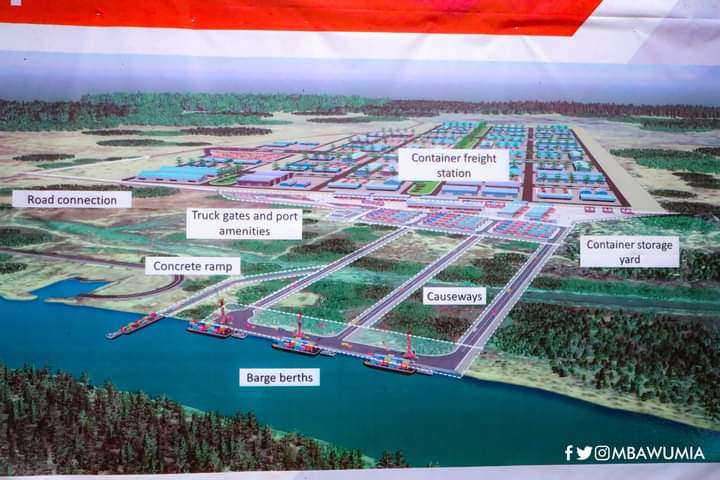 Mr. Aduhene also announced that “the port will create directly a 1,000 to 1,200 direct jobs and over 10,000 indirect jobs in the area and will bring relief to the youth who normally travel far from home to look for non-existent jobs.”

The Savannah regional minister, Saeed Muhazu Jibril underscored the economic importance of the project to the region and the entire northern zone.

The multimodal transport corridor, known as the Trans-Volta Logistics Corridor, is being undertaken by LMI Holdings.

The 450 million dollar project involves the development of system of transportation to ease congestion at Ghana’s seaports and enable imported goods to the northern part of Ghana and other landlocked countries such as Burkina Faso, Mali, and Niger and vice versa to be transported on the Volta Lake.

The project involves the construction of two new ports at the cost of 200 million dollars at Akwamu-Korankye in the Eastern region and Debre in the Savannah Region and a 1,000-acre industrial park worth $250 million in the Central Gonja district of the Savannah Region.

The project will facilitate the embarkation of containers and other cargo from the termination point of the Tema-Mpakadan railway line to Debre.

The Debre Inland Port is expected to contribute to the infrastructural development of Ghana with a positive domino effect on transportation, job creation, rural development, revenue generation, and many other benefits.

Present at the ceremony were the Minister for Transport, Hon Kwaku Ofori Asiamah; Minister for Lands and Natural Resources, Hon Samuel Abu Jinapor; Director General of the Ghana Ports and Harbours Authority, Mr Michael Luguge; and representatives of the governments of Burkina Faso.