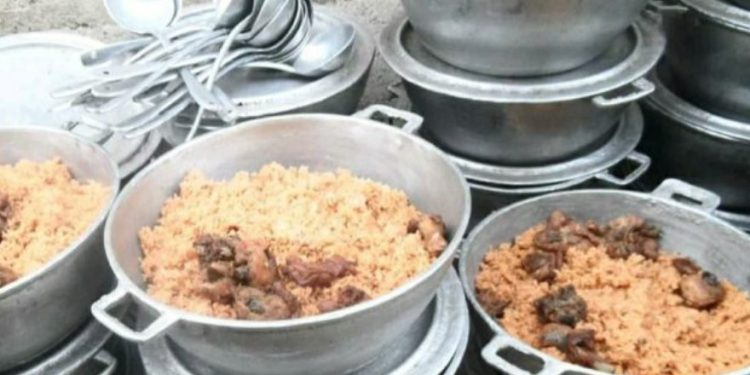 The Conference of Heads of Assisted Secondary Schools (CHASS) has confirmed that food supplies are being received in various schools in the Upper West Region, where shortages were recorded.

This confirmation comes after the association complained about food shortages in the region, which have been caused by local suppliers’ refusal to supply food to various schools.

Speaking to Citi News the Chairman of CHASS in the Upper West Region, Magnus Innocent, dismissed reports that parents have been allowed to feed their wards in the schools.

“Yesterday, I was told that some quantities of items have come in and that they will start the distribution to the schools. In the Upper West Region, there are some schools that organizations have come in to support, but parents are not here to feed the students.”

Earlier this week, the Ministry of Education moved to resolve the food challenges in some Senior High Schools nationwide.

Sector Minister, Dr. Yaw Osei Adutwum met with the leadership of the Conference of Heads of Assisted Schools on Sunday over the issue.

A brief statement released by the Education Ministry after the meeting said, “The issue has been resolved, and all affected schools are expected to receive full supplies latest by Tuesday, 12th July 2022.”

The Conference of Heads of Assisted Schools in the Upper West Region last week warned that Senior High Schools in the region may soon shut down if the government fails to supply them with adequate foodstuff to feed students.

“It came out that the food suppliers contracted by Buffer Stock Company and those local suppliers contacted to help out are all refusing to supply due to non-payment of outstanding monies owed for food supplied to the schools. This has led to serious food shortages in all the schools in the region. In fact, an assessment of the situation indicated that most schools cannot go beyond one week if nothing urgent is done about it,” a statement from the Upper West branch of CHASS complained.

The President of the National Association of Graduate Teachers (NAGRAT), Angel Carbornu took on the government regarding the food shortages.

Mr. Carbonu said the current centralized system that authorises only the National Buffer Stock to distribute food to Senior High Schools has largely contributed to food shortages in various schools.

He believes a decentralization of food distribution to Senior High Schools, will address these challenges.

“Broken walls cannot even be repaired because you have denied the schools of resources and centralized it with Buffer Stock. The prices for Buffer Stock are inflated above what is on the market, so the government is unable to pay.”

“The schools have been denied resources. They called us names [when we made suggestions]. [We were accused of] working in the interest of political parties. We were beaten into submission, and we are now reaping the results,” he said on Citi FM and Citi TV’s The Big Issue.