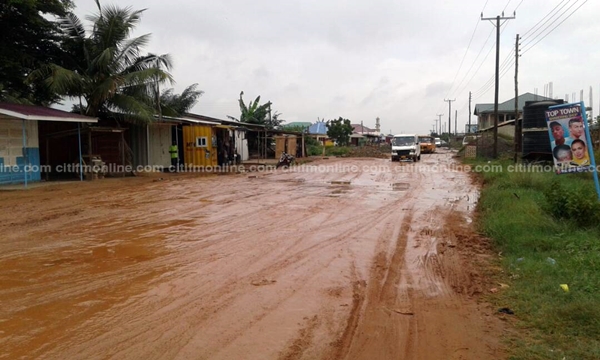 Some residents within Amankyea and Kobeng in the Atwima Nwabiagya South constituency of the Ashanti Region have agitated against the Member of Parliament for the area, Emmanuel Adjei Anhwere, over their poor road network.

The Member of Parliament, who was embarking on a tour to assess various challenges confronting constituents, was accosted by angry residents who began shooting at him.

This follows a similar incident in the Ashanti region in July 2022 where the Minister for Parliamentary Affairs who doubles as the Majority Leader of Parliament, Osei Kyei-Mensah-Bonsu was met with a protest by scores of spare parts dealers at the Suame Magazine enclave over the delay in starting a road project.

Speaking to Citi News, Mr. Emmanuel Adjei Anhwere noted that he understands the concerns of the people since their road is in deplorable shape and has been abandoned by the contractor due to lack of funds.

“They were just registering their displeasure over the delayed roads, and you know when the road is dusty it is very discomforting.”

He has however denied media reports that he was attacked by the constituents and was chased out.

“They agitated and some even called me names. It takes two to tango, so I had to calm them down. They have that legitimate right to register their displeasure. Anyone that says I was chased out, is palpable false. They did not attack me; they were agitating at a point in time I had to join them just for them to calm down their nerves.”

“The road that leads to Amakye is under construction, but the project is stalled so when I went there the people agitated vehemently so they agitated about the contractor not finishing the work, so I had to calm them. And it is public knowledge that most of the contractors are not on site because of money. So I had to let them know that this is the situation”

“I spoke to the contractor some time ago, and he also attributed it to funds I have to make attempts and speak to the road minister about these concerns raised by my constituents,” he explained.