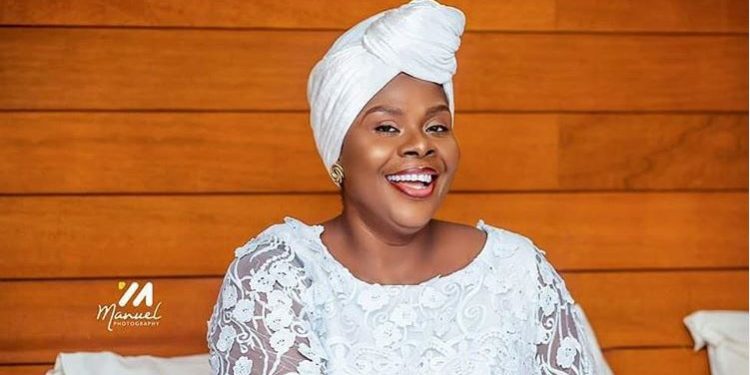 Ghanaian gospel musician Amy Newman has released a new song after years of taking a break from active music.

Speaking to Ghana Weekend TV, Amy said her absence from the scene was occasioned by an unfortunate situation she went through in 2018.

She said she “lost herself” at that time and would not even want to be with people. Identifying the situation as spiritual, she expressed her gratitude to God for saving her.

Amy Newman stated that she has a strong belief that her new song titled ‘I am Redeemed’ which was inspired by her story, will be a blessing to other people who are also going through what happened to her.

She also registered her displeasure at musicians who use her songs without her permission.

According to her, it is a bad practice that needs to stop.

She added that whenever she picks other people’s songs, she seeks permission from them or gives them credit.

“That is what actually pains me that I am a mother and I know that people love my song, so if you want to take my song and do a rendition, you reach out to me. I would be glad to know that someone has recognised something that God used me to do and also wants to do, and I will be happy. But it’s like nobody contacts you and you see them singing and rather make money out of out it,” she said.

Amy indicated that the people who take her songs do not even know the inspiration behind the compositions.

She was also thankful to music producer Kaywa for helping her with the composition and production of her new song.

The 62-year-old musician has 13 albums to her credit with songs such as ‘Okamafo Jesus’, ‘Tsei Me Moborsu’, ‘Ateasefo’, among others.

Watch Amy Newman’s song titled ‘I am Redeemed’ below:

betPawa-GFA cut sod for the construction of betPawa Football Arena