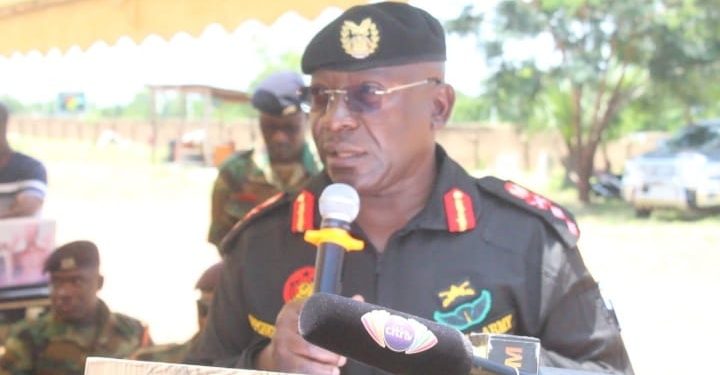 The Chief of Army Staff of the Ghana Armed Forces, Major General Thomas Oppong-Peprah, says the military high command has taken steps to address deployment shortfalls within the army across the country.

Major General Oppong-Peprah while commissioning an accommodation facility for the 155 armoured regiment in Damongo in the Savannah Region, said the policy is in response to threats by violent extremists and terrorist groups within the West African sub-region.

“Our sub-region is under pressure from violent extremists and terrorist groups that threaten the security of the state. Gaps within the deployment of Ghana army units had to be addressed. The army, therefore, took giant steps in closing these security gaps by establishing new units with this regiment as one of them.”

Gen. Oppong-Pepprah also assured that the military high command is unrelenting in its push to ensure the presence of the Ghana armed forces across the country.

“This ceremony is significant to the extent that it testifies to the unrelenting push by the military high command to ensure the presence of the Ghana armed forces across the country.”

The 155 armoured regiment of the Ghana armed forces in Damongo was established a year and three months ago by the military high command.

The unit was established in response to changing security dynamics in the West African sub-region. 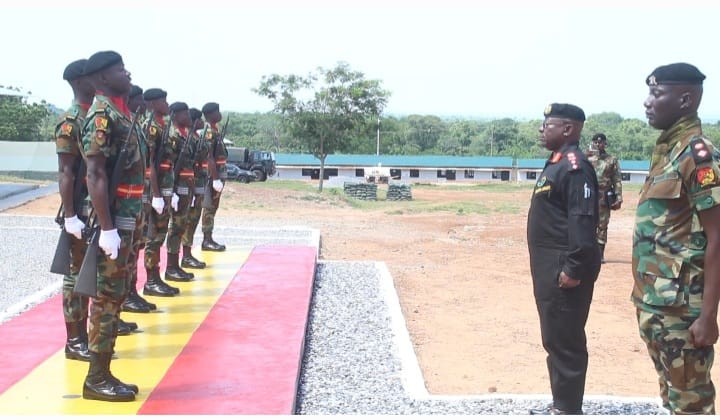 It was also to meet current security requirements for development of Ghana.

The unit has so far attended to security issues within and outside the region, as well as monitoring Ghana’s borders along the Black Volta.

However, the lack of adequate accommodation for both officers and soldiers has been a major challenge the regiment is faced with. 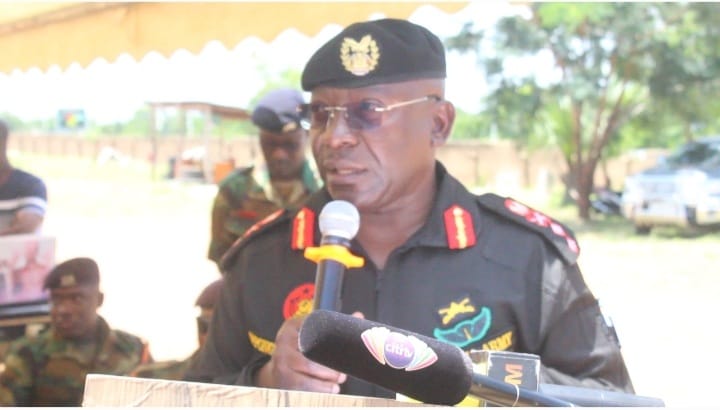 To resolve the challenge, the army has constructed and commissioned accommodation for 180 soldiers of the unit.

The chief of army staff, Major General Thomas Oppong-Peprah after commissioning the accommodation facility also cut sod for the construction of accommodation of officers.

BoG’s role in fiscal, monetary policies should be clearly spelt out – Franklin Cudjoe

BoG's role in fiscal, monetary policies should be clearly spelt out - Franklin Cudjoe