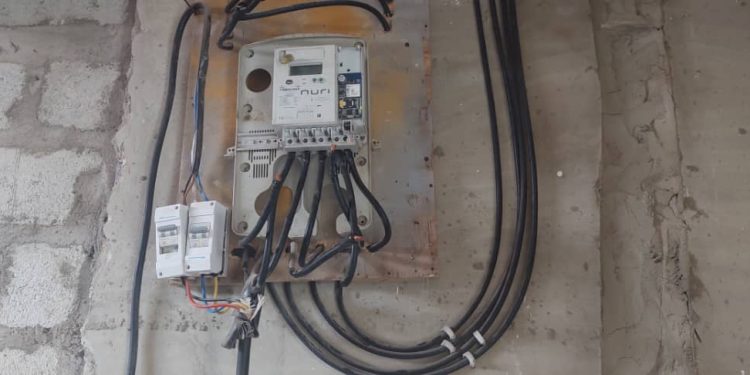 An events center at East Legon in Accra, De Icon event facility has been nabbed by officials of the Electricity Company of Ghana (ECG) for allegedly engaging in meter bypass/illegal connection.

When officials of the ECG visited the place on Monday, August 8, 2022, they observed that security lights and other electricals were functioning, including air-conditioners and fridges among other items without authorization.

The power plant at the center was off, but the facility had no other secondary source of power.

According to the manager in charge of revenue protection and technical investigations of the ECG, Ing. Ishmael Oku, “a rough calculation of the power consumption of the facility is pegged at about GH¢40,000”.

He said the owners of the facility will be served with an illegal connection notice and an investigation will be carried out.

“The meter in the premises [also] has domestic billing, but it’s being used for commercial purposes. We would investigate this to establish how they came by this meter,” he added.

The MD of the ECG has officially launched and deployed a meter auditing and visibility taskforce across the country to visit each home to check the state of all postpaid and prepaid meters.

The exercise according to the managing director is aimed at recovering debts and prosecuting recalcitrant power thieves.

He noted that, during the first week of the exercise, which started on August 1, 2022, the team discovered over 1000 illegal connections and some have been surcharged while others will be facing prosecution from next week.