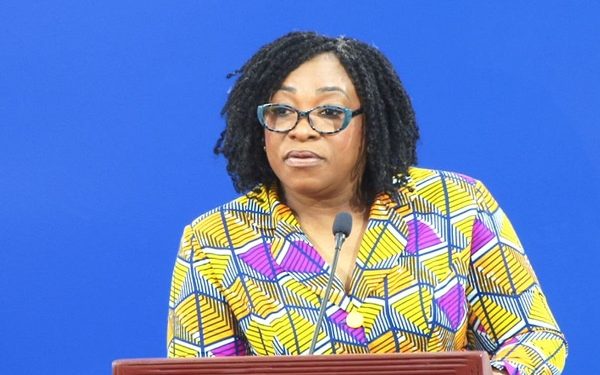 The Ministry of Foreign Affairs and Regional Integration says it is investigating allegations of Ghanaian passports being issued to foreigners.

It comes on the back of widespread social media reports that some foreign nationals living in the United Arab Emirates and other Gulf States are in possession of Ghanaian passports.

“The Ministry is investigating the said allegation and would take appropriate measures to deal with the situation if found to be true,” a statement from the Ministry said.

The Ministry explained that the processes for the current biometric passports being issued by the Passport Office are being scrutinized with applicants going through rigorous vetting processes which make it practically impossible for unqualified persons including foreign nationals from acquiring Ghanaian passports.

It also pointed out that, it is an offence under Ghanaian laws for foreign nationals to acquire Ghanaian passports with those found to have engaged in such criminal acts arrested by security agencies and prosecuted thereafter.

“The Ministry of Foreign Affairs and Regional Integration wishes to assure the general public that it would continue to adopt relevant measures in the issuance of Ghanaian passports in order to uphold and protect the integrity of the travel document,” it further added.

While cautioning against unfounded claims of such activities on social media, the Ministry called on persons with credible evidence on foreigners in possession of Ghanaian passports to approach the Ministry for onward action. 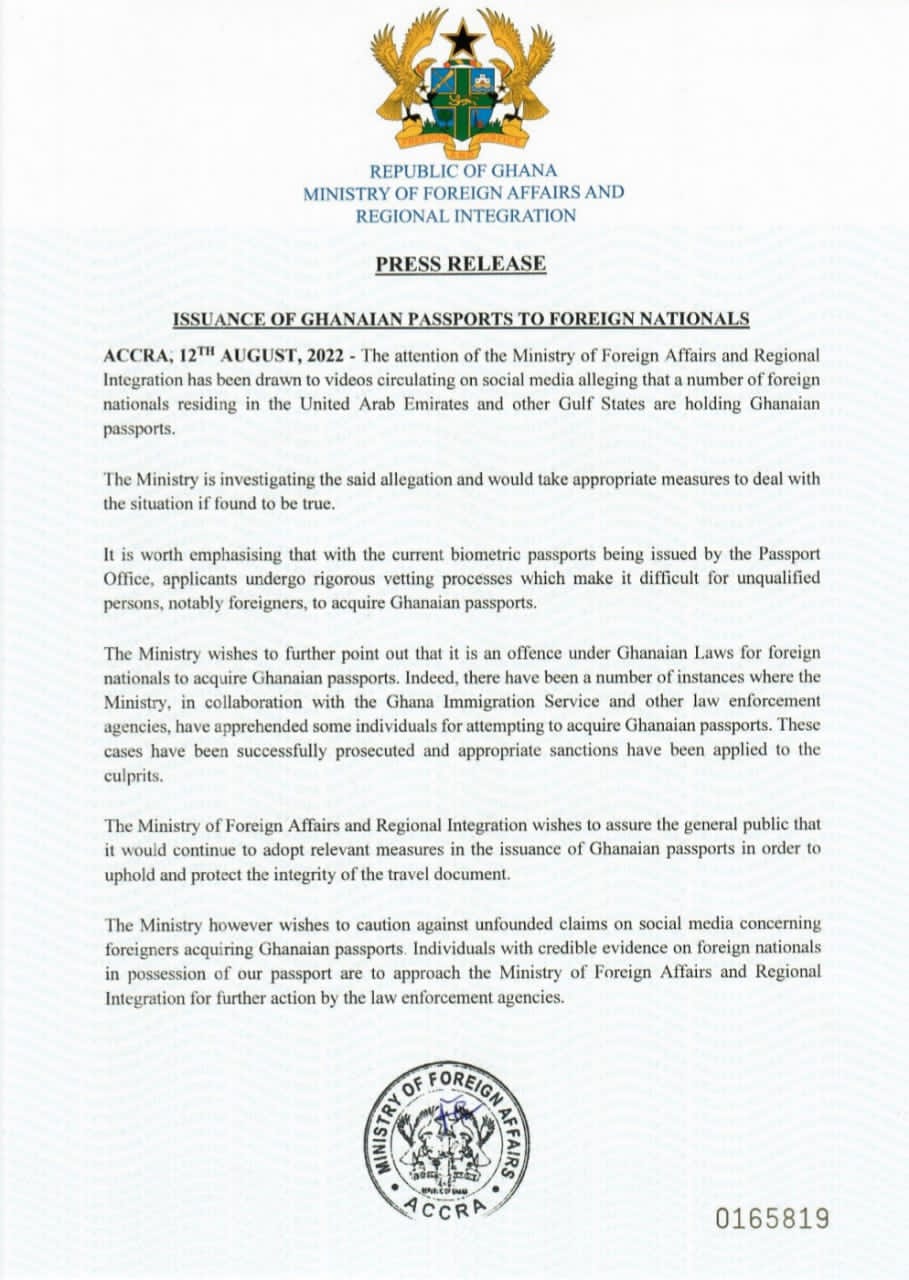 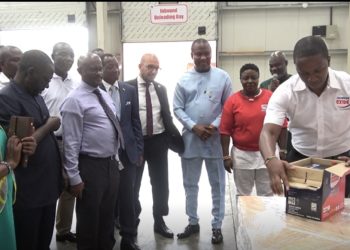