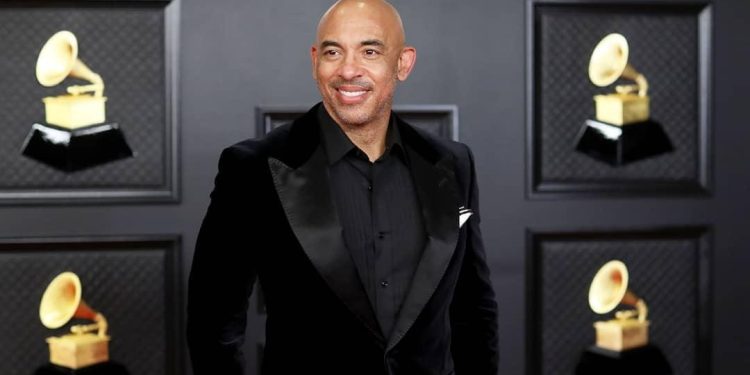 Chief Executive of the Grammy Awards, Harvey Mason Jr, will attend the 13th edition of the Grow, Unite, Build Africa (GUBA) Awards slated for September 29, 2022, at the Kigali Convention Centre in Rwanda.

Mr Mason, will participate in the Awards on the back of his nomination in the ‘Entertainment Mogul’ category of the awards this year.

Commenting in a nomination letter to Mr Mason, CEO and Founder of GUBA Enterprise, Dentaa Amoateng MBE, said, “this is to acknowledge your achievements in the music and movie industry in America, coupled with your zealous achievements in the field of entertainment, we are pleased to nominate you in the Entertainment Mogul category”.

The letter further stated, “your work as a producer, alongside your contribution to society through your philanthropic deeds, enhances the SDGs Goals 2 – (zero hunger) by raising awareness through music”.

“If ever there was a time to unite and celebrate the best of diversity, it is now. It is incredibly important to recognize the achievements of role models and community organizations across the world that deserve recognition for their work and impact, so that we as Africans, can tell our own stories. The GUBA Awards, therefore, aim to reward individuals who continue to persist and show great courage within their various fields. We are convinced that your nomination and presence at the awards will be a testament to your continued dedication to success” the letter concluded.

This year, the GUBA Awards seek to celebrate a historical hero within the Rwandan and African communities. Under the theme ‘Ndabaga – Drumbeat of Dreamers and Legends’ the Awards strive to convey the power of determination and focus. The story of Ndabaga is a keystone of Rwandan folklore representing bravery and determination.

Designed to highlight the most inspirational and trailblazing individuals within Africa and its diaspora community, the GUBA Awards continue to gain endorsements from high-profile figures such as H.E. Nana Akufo-Addo (President of Ghana), H.E Jean-Claude Kassi Brou (The President of the ECOWAS Commission) and more.

The GUBA Awards is proudly sponsored by Platform Capital Limited.

About the GUBA Awards

The GUBA Awards, an initiative of the enterprise, is instituted to celebrate, acknowledge, and support businesses and individuals in Africa and the African diaspora.

The Awards began in 2010 in the United Kingdom and have been held in the United States and Ghana respectively. More information on this year’s events can be accessed on www.gubaenterprise.co.uk and www.gubausa.com.

Invest in the physically challenged – Obuasi MCE to multinational companies