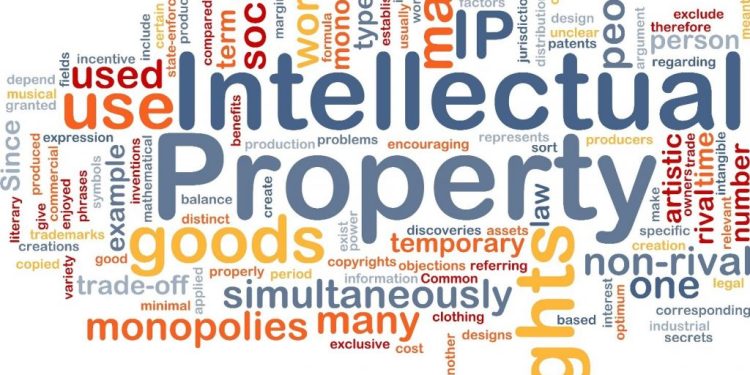 Intellectual Property Rights (IPRs) and its related benefits (protection against unlawful use of one’s innovation, sale of one’s IP for extra income, safeguarding a company’s reputation for its customers etc), are usually not part of the strategies considered by many start-ups in Ghana. This is largely due to the lack of knowledge on IPRs and how to exploit it for the benefit of their dreamed businesses. Small and Medium Scale businesses or Startups must not wait to grow big before thinking about strategies to safeguard their ideas and innovations which becomes what defines their company hence their intellectual property.

In today’s business world, intangible assets like Continuous Innovations, Trust, and Reputation, Consistent Adherence to Safety and Quality Standards as well as customer data forms part of your intellectual property and are jewels that propel business success. These assets usually differentiate one startup business from another and give it a competitive edge which eventually drives rate of revenue inflows. On the other hand, the inability or decision not to profile your IPs and potential components of your company, which are likely to be of relevance in terms of IP, as well as subsequent strategies towards its protestation as an intellectual asset can cause your business to flop. Startups must know that IPRs as assets have commercial values.

One of the key events that lead to the development of systems to protect IPRs of an organisation took place in Austria in 1873, when the then Government of the Empire of Austria-Hungary invited other countries for an exhibition of inventions to be held in Vienna. Many foreign visitors, however were reluctant to exhibit their inventions with the view that there was inadequate legal protection for their inventions when they are exhibited. These triggered developments leading to the formation of a number of conventions since 1884, that laid the foundation guiding various IPR systems today.

Many young people or startups are attending numerous platforms being created all over the country by various interest groups including Radio and TV stations, Government agencies and the international communities, in the form of fairs and trade shows, where they display, pitch ideas and or innovative products (food and non-food) in a quest to solicit funding or make sales. These platforms in themselves are not bad in any sense. However, local innovations and ingenuity are widely displayed without paying attention to which information should be let out and which should be kept close to the chest. Often, you hear and see creators and inventors giving out all nitty-gritties of their inventions philanthropically to the general public or a prospective buyer. They would tell them ‘What they used; How they used it; and everything about Where’ to even get their active ingredients with careless abandon!

A quick scan on the web shows several of such innovations that have not been protected whatsoever and yet have been put out there for public consumption. Many of these stories, especially from students from tertiary institutions are scattered in the media including many Agritech innovations in both technologies and value additions to food products. The lack of IP knowledge is so alarming since the phenomenon is not only among young people but even university lecturers who are assumed to know better. Many inventions have gone down the drain generally because people who are more established sees the potential of the business succeeding and takes away what is special (the value proposition component) about these ideas, gives it new name and then exploit it at the disadvantage of the original owners. Let’s take a look at the few cases I surveyed from online.

Look at how the invention has been vividly described online…

The gadget is equipped with a sensor which detects gas concentration and triggers a buzzer to alert neighbours. It has a GPS and GSM with the capacity to contain, at least, three phone numbers. These automatically send messages whenever there is gas leakage. “The GPS and GSM model will send a message that there’s gas leakage. And you can add fire service numbers to it which is important,” …

Description of how it works as published online

…We decided to design a metre which can measure the volume of water consumed electronically, synchronise metre records remotely, track and update metering data remotely. “We wanted to design a meter that allows users to track water usage using an App and Water companies can track all meters deployed all over the world,”. The system consists of a web app, hardware having a processor and a mobile App. As water begins to flow through the metre, it sends pulses to the controller and once it calculates it takes it to the remote server. The remote server calculates the bill and gives a real-time plot of meter consumption and flow rate. “When you’re not around and water is overflowing the plot will tell you water is still flowing meaning Tap has been opened or there’s either problem with the metre,” The mobile App uses mobile money to make a payment for water consumed. “The customer can see the lists of all payments and the method and the customer can make a payment where you enter the phone number, ID and amount,” The innovators say they will be incorporating Artificial Intelligence and data analytics which will enable the billing system study usage patterns and intelligently predict bills and recommend efficiency measures for users to meet their set targets. Users will be able to detect leakages and remotely shut water supply to homes to prevent bill escalation and water wastage.

The Utility provider will also be able to use the system to intelligently detect leakages along the distribution system. This will speed up their reaction times to deal with water leakages and reduce waste along the distribution line. Apart from the obvious application of this innovation by utility provides such as Ghana Water Company Ltd, the innovators say there is also a potential application in community water systems and community irrigation systems.

Description of how it works as published online

Second system: Under the second suggested voting system, the concept uses a ballot paper and a separate sticker or stamp for the voter. In the voting box, the voter only needs one sticker or stamp, apply a drop of water to the back of it and paste it in the box beside the photograph of the candidate and the logo of the political party the voter intends to vote for.

Many designers for instance don’t protect their designs but display them during these fairs. They are picked up by business people by buying just a piece of it and it finds its way to Asia, Europe and other parts of the world, repackaged, rebranded and exported at highly affordable price to the local market and we cry foul. These examples are just part of the few. Indeed, there has been a number of grievous examples but could not be mentioned in this piece but those who know about it can remember some inventions related to fufu, bicycle and some Apps which has been lost totally from the original innovators in Ghana and Africa as a whole and is now with some Asians somewhere who are producing it in large quantities and bringing them back to us since they don’t pound fufu over there.

The vivid descriptions that have been published are to a greater extent what is needed for the IP registration of these innovations that these owners have spent hours and days if not months or years to create and yet they end up becoming public knowledge without first of all, protecting same. Your invention and innovations must be protected before granting such interviews to the media who are hungry for information every time.

Entrepreneurs and startups must know that African countries including Ghana are still behind a great deal in the technological move. Most of the inventions here are African-specific and so as we publish without protecting them, these ideas go and come back in different colours and shapes, more powerful and cheap hence outcompete us. It is a battle between ‘Money verses Know-how’. Let’s give ourselves the next ten years and we would see the ramifications if we don’t put in control measures to end this trend.

Every entrepreneur or a startup can protect their IPs under any of these themes below depending on which one suits your innovation. These IP tools include:

The best IP tool to apply when you are not ready financially and have not protected your invention is the Trade Secret! This IP tool has been effectively used by the Coca-Cola bottling company and others over many years. It requires a minimum investment to operate in terms of financial commitment. It usually cost you and your ability to talk less about your innovations and keep the essentials a secret to your chest! Startups must ensure they do not disclose their confidential information or trade secrets. For instance, valuable know-how, data, test examination results, and customer contact lists must not be shared anyhow. Every serious entrepreneur should endeavour to learn about IPRs and how to exploit them for their business and same applies to current media personnel since the world has now moved into a prolific tech era which is defining the new age of business.

Courage Besah-Adanu is an international IP consultant and is currently with the Intellectual Property office of Ghana. He is a visiting lecturer at the Kwame Nkrumah University of Science and Technology (KNUST). He has a Master of Philosophy in Intellectual Property Protection. He has worked with small and medium scale enterprises and local food system players since 2010. Courage specialises in use of origin labelling for unique goods and services as an Intellectual Property Right (Geographical Indications, GIs) and IP tools for branding and development of food and non-food products. 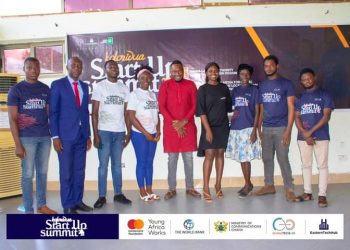