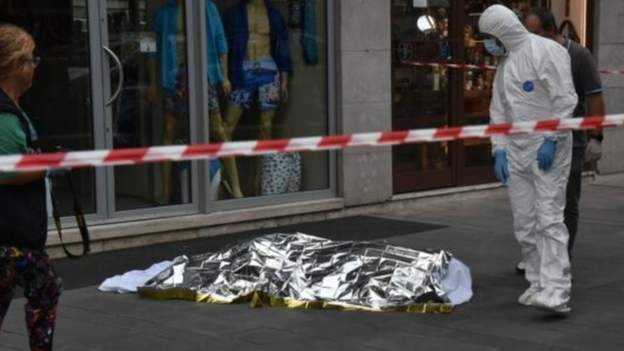 The government in Nigeria on Sunday condemned the killing of a Nigerian national in Civitanova, Marche province, in Italy.

The assault on the 39-year-old man in broad daylight was captured on video on Friday.

The recording, reportedly made by onlookers without any attempt to intervene, sparked anger on social media.

A 32-year-old Italian has been arrested on suspicion of murder and robbery.

“The Federal Government of Nigeria condemns in the strongest terms the unjustifiable murder of Alika Ogorchukwu by an unnamed Italian man,” a statement by Franscisca Omanyuli, the spokesperson at the Ministry of Foreign Affairs, said.

The ministry directed the country’s ambassador to Italy to work with the authorities in the European country to investigate the matter.

The attack has also been condemned by Italian politicians.