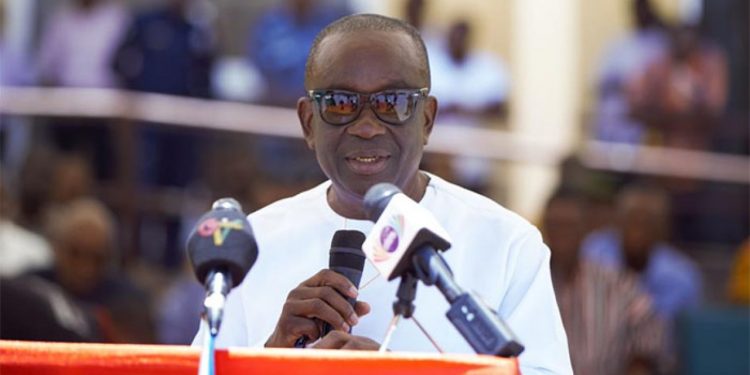 The Ministry of National Security has urged residents of the Lower Manya Krobo and Yilo Krobo municipalities to cooperate with security agencies and the Electricity Company of Ghana as they work to restore electricity supply to the affected areas.

Communities in the Lower Manya and Yilo Krobo municipalities have been off the national grid following an alleged exchange of gunshots between the military and some residents at Nuaso.

There have been tensions between the residents and the ECG in recent times over the installation of prepaid metres.

The Ministry indicated that the Eastern Regional House of Chiefs and other stakeholders had, at a meeting, reached a consensus to foster peace and security and promote socio-economic activities in both municipalities.

The stakeholders also emphasized the need to conduct integrity tests on all power transmission lines and electricity infrastructure in the area.

The Electricity Company of Ghana (ECG) says it is not clear when power will be restored to the troubled Krobo enclave, as several components of transformers at various substations have been tampered with.

81 out of a total of 147 substations that have been assessed by engineers in the Krobo enclave revealed earth cables, fuses, and other components of their transformers had been cut and stolen by unknown persons.