Lack of funds for food: Gov’t being insensitive towards students – CHASS 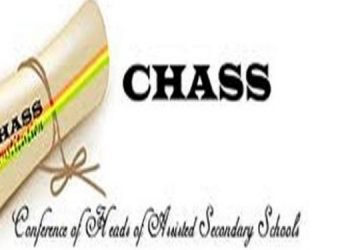 The Conference of Heads of Assisted Secondary Schools (CHASS) in the Northern Region has described the delay in the payment of 12 weeks’ funds for perishables in various Senior High Schools as insensitive.

CHASS bemoaned that many food suppliers have threatened to suspend supplies, while others have withheld the food supplies due to the non-payment of their monies.

In an interaction with Citi News, the Northern Regional Chairman of CHASS, Reverend Edward Azeka Williams says, although the government assured of the release of the funds last week Friday, the monies are yet to hit their accounts.

“As of now, monies are in arrears. Some schools are now in their 12th week and still haven’t received any money. Some suppliers have even stopped supplying. In my school, for instance, the egg supplier has stopped, the meat supplier has threatened to stop supplying, and the firewood supplier stormed our school, and we had to find something for him.”

“We are currently living on the benevolence of some of the suppliers. Government said we should give them two days and that they are working on it. They had earlier promised to get us the money two weeks ago. This is very incentive on the part of government. How do you abandon these students for about 11 weeks and claim you are processing to get the funds?”