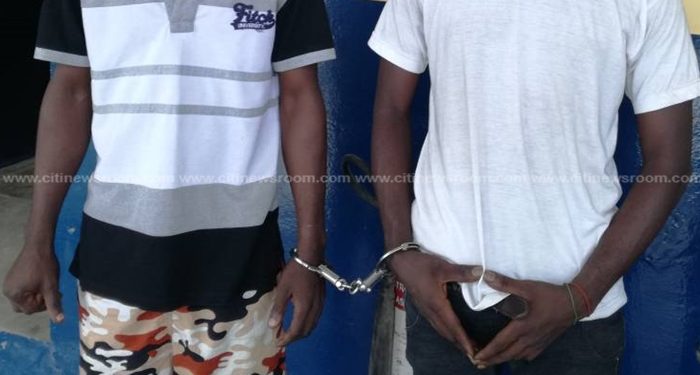 Three individuals are in the grips of the Kasoa Divisional Police Command, while the fourth suspect is being pursued after they were accused of gang-raping a 25-year-old woman at Gomoa Dominase in the Central Region.

Citi News sources say three of the suspects—Kwaku Derrick, Ramsey and Nicholas— allegedly lured the victim into one of the suspect’s house and forcefully had sexual intercourse with her one after the other.

According to the suspect, she went to visit Ramsey one of the suspects who happen to be his boyfriend but after having sexual intercourse with him, Ramsey went outside and called the other three suspects who had laid ambush and took turns to have sex with her.

She lamented that she feels severe pain in her abdomen as a result of the incident and narrated her ordeal to Citi News.

“I went to visit one of the suspects who happened to be my boyfriend, and after we had sexual intercourse, one other guy who had laid ambush rushed into the room and forcefully had sex with me. The other suspect also entered and turned on the light. I was a bit surprised to see him because he was someone I knew, so I pleaded with him not to do so, but he refused and had sex with me. They were four in number and I know two of them from the town.”

“I have pain when I attend to nature’s call. I have bruises on the knee, and it’s painful. The dress I was wearing was torn apart after the incident. One of the guys had sex with me twice.”