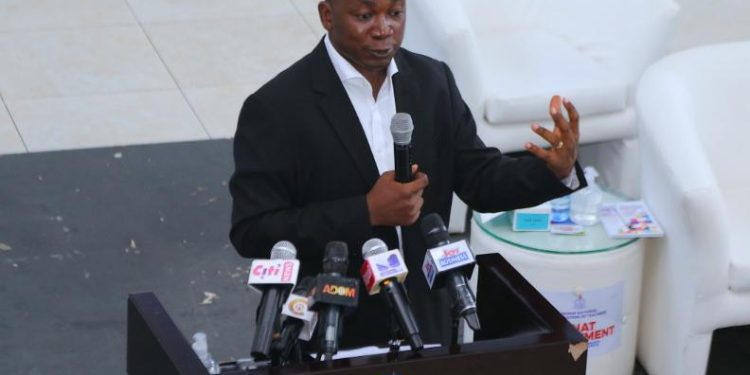 He says this is the surest way to check the country’s economic woes.

With rising inflation and policy rates, the country’s economy received yet another downgrade to CCC by Fitch Ratings with concerns of dwindling investor confidence.

In a Citi News interview, Professor Bokpin said the Central Bank seems to have given up on using monetary policy to fight inflation.

He thus noted that government must relook at its approach.

“In a crisis moment like this, you can never approach the economy effectively with such a large government size. It’s ineffective. What is so unique about Ghana’s economy that size matters that much? The government must reduce the size of government because, in these times, we lose about US$ 3 billion through corruption manifested in procurement infractions.”

Ghana has suffered another blow as its credit rating has been downgraded by Fitch Ratings from B- to CCC.

This rating did not come with an outlook because Fitch typically does not assign outlooks to ratings of ‘CCC+’ or below.

This update follows Standard and Poor’s (S&P) downgrade of Ghana’s foreign and local credit ratings from B-B’ to CCC+C with a negative economic outlook.

Ghana’s January 2022 B- rating from Fitch came with a negative outlook.

Eight months down the line, the agency says the downgrade reflects the deterioration of Ghana’s public finances.

Whilst at this, significant increases in prices of transport and food pushed Ghana’s inflation rate to hit 31.7 percent in the month of July 2022.

This represents a 1.9 percentage point increase over the 29.8 percent rate recorded in June 2022.

According to Prof. Bokpin, these developments are grave economic concerns which need immediate tackling by the government.

“If we sign onto the IMF programme, the maximum we can get may be US$ 3 billion, which will be spread over three years. This country is sitting on so much but because of abuse and corruption, it appears the individuals and political parties are getting richer than this country.”