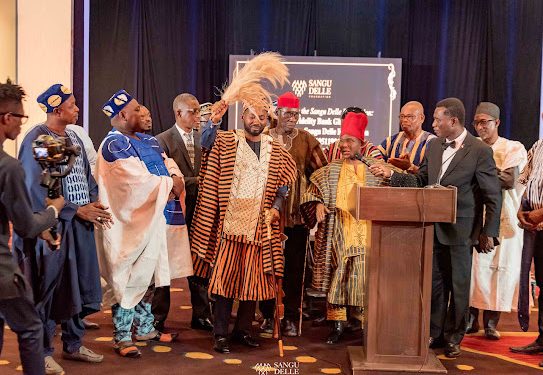 After 15 years of championing the cause of the improvement of water, sanitation, and hygiene in rural communities, renowned entrepreneur, philanthropist, and author Dr. Sangu Delle, has officially launched the Sangu Delle Foundation (SDF), a nonprofit organisation that seeks to build the capacity of young Africans in the areas of entrepreneurship and education while leading advocacy for mental health issues in Ghana.

The colourful event which was held at the Kempinski Gold Coast City Accra also recognized renowned personalities who have contributed significantly to national development in the areas of education, job creation and mental health whiles providing an avenue for the raising of funds. 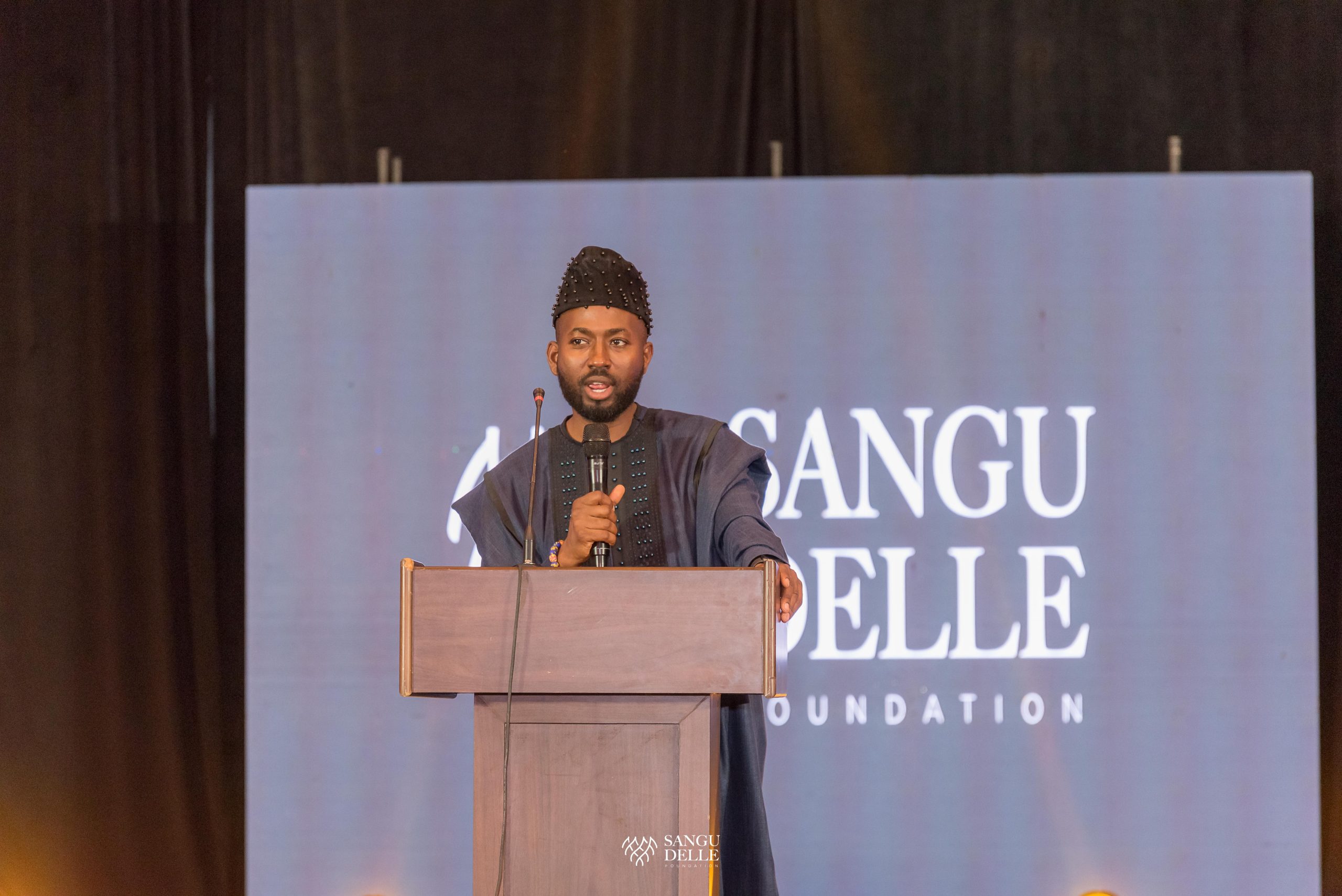 The launch also saw the disbursement of over ten thousand dollars worth of scholarships to two promising Ghanaian health practitioners Drs. Erica Koranteng& Tarsha Intsiful in pursuit of further studies at the prestigious Harvard University.

Speaking at the event, Dr. Delle outlined several flagship interventions earmarked for implementation by the Foundation.

He noted that, the interventions, which have been uniquely designed in accordance with the Foundation’s strategic pillars, would prove phenomenal in tackling a myriad of challenges confronting young people in Ghana and Africa at large.

“At SDF, it is our desire to raise a generation of social entrepreneurs who would tackle the challenges bedeviling our country and continent. It is for this reason that the Foundation has outlined several interventions which include the establishment of a $1 million endowment fund, support for start-up funds and a number of scholarship schemes. It is our hope that these interventions would serve as catalytic agents of change for the betterment of Ghana and Africa.”

He said that “the activities of SDF would focus on areas with high rates of poverty in Ghana, with a number of them spanning across the Continent; and I assure you that  all we do shall be  guided by the tenets of equity in order to create equal opportunities for potential beneficiaries.”

Taking her turn, Nana Dufie Addo, Acting Chief Financial Officer for Development Bank Ghana said, Africa’s greatest asset was its youth and re-iterated the need for investing in avenues geared towards the development of young people across the Continent.

“By 2050, the number of young people in Africa is expected to increase to nearly 850 million. The rise in the working-age population has the potential to enable higher productivity and more inclusive economic growth across the continent if it is effectively utilized. This can only be achieved when African youth are given the needed support.”

Commenting further, she expressed concern over the inadequacy of the requisite job opportunities needed to catalyze growth of the African Continent, whiles calling for concerted efforts to tackle this menace.

“Only one in six of Africa’s almost over 420 million youngsters who are between the ages of 15 and 35 are wage workers, the remaining two-thirds are unemployed or vulnerable workers. With this significant regional variation across the continent, unemployment rate of the youth is typically double that of adults. Not only is unemployment a concern but underemployment threatens to continue to accelerate in low-income nations, currently peaking over 50%.

The effect of youth unemployment in Africa is widespread and severe: It leads to worse living conditions and encourages brain drain and migration out of the continent. However, we can turn Africa’s demographic dividend into an economic one by providing young people with the resources, opportunities and experience that have a significant potential to influence their future, thereby promoting equitable economic growth,” she said.

Chief Executive Officer of the Mental Health Authority, Dr. Akwasi Osei, on his part, lamented the inadequacy of mental health facilities and practitioners in the country; a situation he described as “worrisome”.

“Research has revealed that 20% of Ghanaians are beset with one mental health issue or another. Unfortunately, apart from the fact that mental health issues are largely ignored and misunderstood in Ghana, the inadequacy of mental health practitioners and facilities are major factors that pose a serious threat to delivery and accessibility of quality mental health care.”

He added that, “Inspite of these challenges, mental health patients should always be treated with compassion and never be stigmatized.”

Patrick Awuah, President of Ashesi University, expressed appreciation to SDF for their intentions to set up a scholarship scheme at Ashesi University. He said that the move would help many young people realize their dreams. 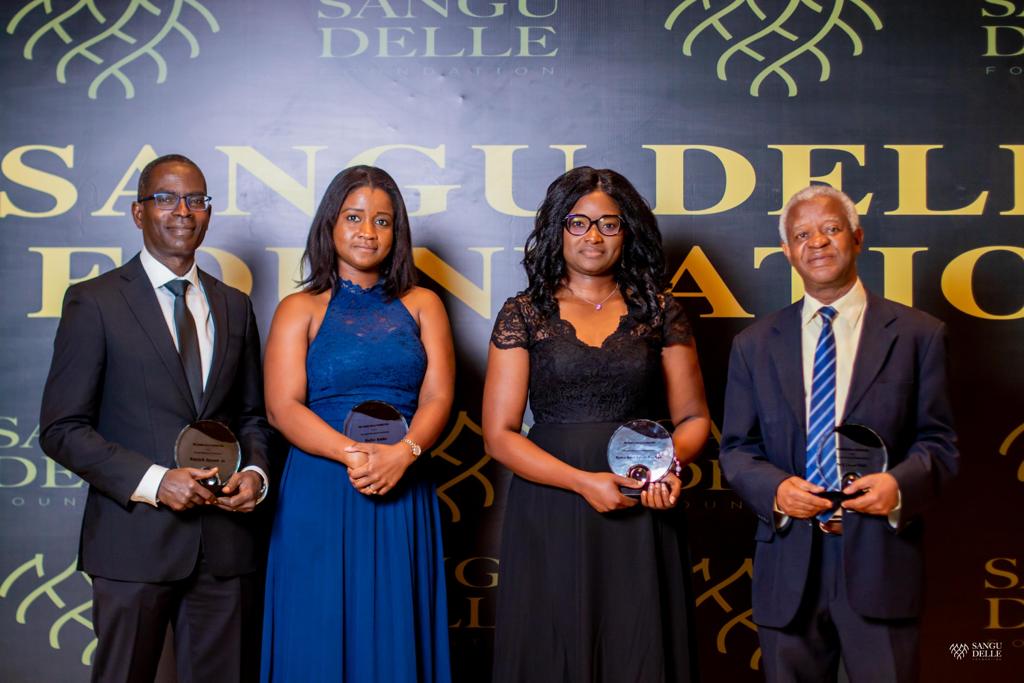 The Sangu Delle Foundation first started as CleanACWA which worked in Ghana to improve water, sanitation, and hygiene in rural communities.

The organisation which has been operating for the past 15 years has supported the creation of a sustainable and healthy future for the women, children, and people of Ghana.

Years on, it shifted from an operationally heavy engagement to a grant-making format that seeks to empower community-based organisations championing change in society, being the Sangu Delle Foundation.