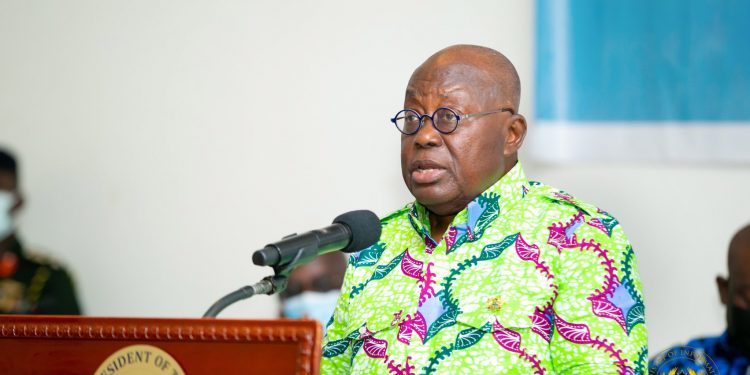 Speaking at a local radio station as part of his two-day working tour of the Savannah Region, the President admitted that he derives satisfaction in the development initiated by his government in the region, as the region is part of the six new regions created under his tenure.

He stated that although his main political opponent comes from the region, he is optimistic that the region is a growth zone for his party.

“We went into the last elections, and we came out with 3 out of the 7 seats, and we believe that we are poised to go further in this region. Therefore, know that my eyes will be in this region,” he added.

The president also rejected calls by the opposition for him to address the nation on the current economic challenges confronting the nation.

He stated that he has been addressing the nation intermittently on every given platform available to him, and he has never shunned away from commenting on the economic challenges.

He maintained that government is finding ways to salvage the economy, which has been marked by great disruption in the global economy.

“I see that a lot of work is being done, but I think there is a lot of work that has to be done in various areas. But what I have seen and what continues to encourage me is systematically the proposals and projects we put before the people of Ghana. We are addressing those projects.”

He strongly opined that his government remains focused on addressing these difficulties.

“The region you know has been very significant for me. My principal opponent comes from the Savannah Region, and to be able to go into the lion’s den and come out not only unscratched but victoriously gives me much satisfaction”.

Currently, out of the seven political seats in the region, the New Patriotic Party can boast of three.