The National Democratic Congress (NDC) has described the booing of President Nana Akufo-Addo at the Global Citizen festival as a reflection of the mood of Ghanaian youth.

A statement, signed by Sammy Gyamfi, the National Communications Officer of the party, said the “action of the youth reflects an overwhelming vote of no confidence” in the government.

“The events of that day were unprecedented, as no sitting Ghanaian President, at least under the Fourth Republic, has ever been subjected to such ridicule and embarrassment.”

The NDC also criticised attempts to blame it for the booing of the President amid the indicators like the soaring inflation that underscore the cost of living crisis.

It said, “the mess” overseen by the Akufo-Addo administration will not be solved by blaming of political opponents.

The opposition party said this was “not only insulting to the sensibilities of Ghanaians but also underscores the fact that this government and their hired apologists are simply oblivious of our present reality, or perhaps they are underestimating the anger of the Ghanaian people.”

“The frustrations expressed by the youth on that fateful day perfectly reflect the excruciating and frustrating times Ghanaians presently find themselves,” the party added.

The NDC also argued that the disaffection from the youth highlighted the need for an agenda to create sustainable and meaningful jobs. 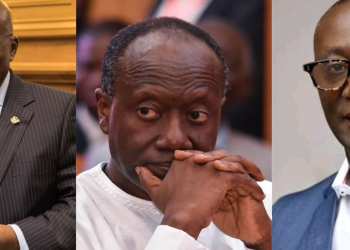