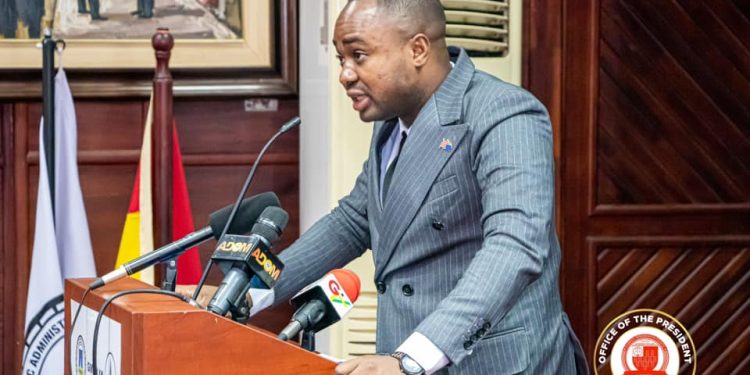 The Committee set up by the Ghana School of Law to look into alleged financial impropriety within the Student Representative Council (SRC) of the school has released its report.

The committee in its report said it found evidence to support a conclusion that the SRC President, Victor Wonder Kutor placed himself in a position where his personal interest conflicted with that of the Ghana School of Law SRC.

One of the key recommendations of the committee was that the requisite statutory processes should be triggered by the appropriate bodies “to remove Wonder Victor Tutor as SRC President if his tenure has not ended”.

The committee also recommended other necessary disciplinary sanctions against Wonder Victor Kutor for breaching his “fiduciary duties and presidential oath.”

Wonder Victor Kutor was accused of conflict of interest, impropriety, and financial mismanagement.

He was accused of buying a car for the SRC from his company, and another one for his personal use under questionable circumstances.

Mr. Wonder Victor Kutor was also accused of running an SRC-owned Mobile Money business with his company name and diverting proceeds from the business for his personal use.

Decisions for foreign travels embarked upon by the SRC were also unilaterally taken by the SRC President, who single-handedly selected those who travelled.

In an interview with Citi News, Mr. Kutor acknowledged that his company won the bid to procure vehicles for the SRC, but said he had no hand in the process and also denied the financial impropriety allegations.

The Ghana School of Law management subsequently tasked a committee to probe the allegations.

The committee among other things said there was no evidence of an executive decision taken by the SRC Executive Council for the operation of an SRC Momo business which had the merchant SIM registered in the name of Wonder Consult, another sole proprietorship owned by Wonder.

Further evidence gathered among others also revealed that one Albert Obidiaba who is not a student at the Ghana School of Law was sponsored with SRC Funds for a trip to Uganda following a decision the SRC President took.

Some of the recommendations made are as follows:

b. The MoMo business operated with Wonder Consult’s SIM card should be suspended and an audit conducted to ascertain if SRC funds were used in running the Wonder Consult Momo Business and if any profit has accrued to the SRC.

Meanwhile, the SRC in a separate statement said, it has “equally begun processes for a successful transition and handing over of power to the newly elected SRC executives.”

Click here for the executive summary of the report.