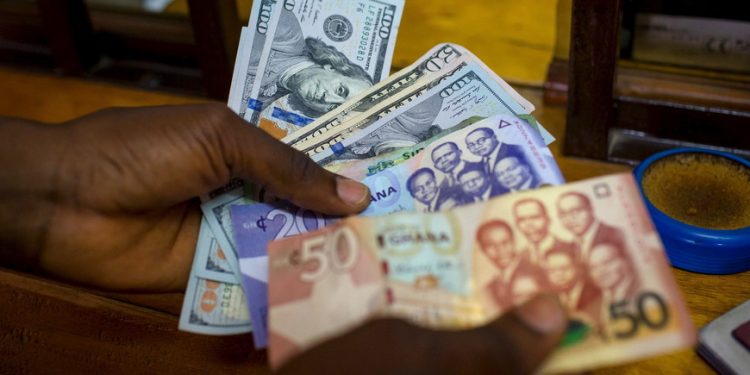 Efforts put in place by the government and the Bank of Ghana to arrest the free fall of the cedi against major trading currencies, especially the US dollar, are paying off.

This was disclosed by the Minister of Finance, Ken Ofori-Atta, when he briefed the press on Wednesday, September 28, 2022.

Recent data from the Finance Ministry show that the cedi has depreciated by 37.1% against the US dollar as of September 27, 2022.

The cedi is currently struggling on the forex market as it is selling close to 10 cedis per dollar.

Ofori-Atta was hopeful the cedi will experience an appreciation in the coming days following the several measures introduced.

He further indicated that the Bank of Ghana has also introduced enhanced measures such as a Special Foreign exchange auction for bulk distribution companies and a Gold Purchase Programme to contain the depreciation of the cedi.

“As part of measures to shore up our reserves, improve exchange rate stability and address some of the funding needs, the Ministry successfully worked on a US$750 million Afreximbank loan facility which was received in August 2022. The traditional Cocoa Syndication Loan, expected in the last quarter of 2022 which will promote the cocoa sector, will further help us build our FX reserves and provide a strong buffer for the cedi in the last quarter of the year.”

“Additionally, the Bank of Ghana has introduced enhanced measures such as a Special Foreign exchange auction for bulk distribution companies and a Gold Purchase Programme to contain the depreciation of the cedi, which is now slowing down,” he added.

“Overall, our growth outturn of 3.4% and 4.8% in Q1 and Q2 of 2022 respectively, coupled with modest improvements in our fiscal position, suggests our economy is gradually on the upswing despite the numerous shocks we have faced over the past two years,” he said at a press briefing on Wednesday.

“These figures demonstrate that in spite of recent challenges, there has been economic growth, modest as the gains so far may be,” the Finance Minister added.