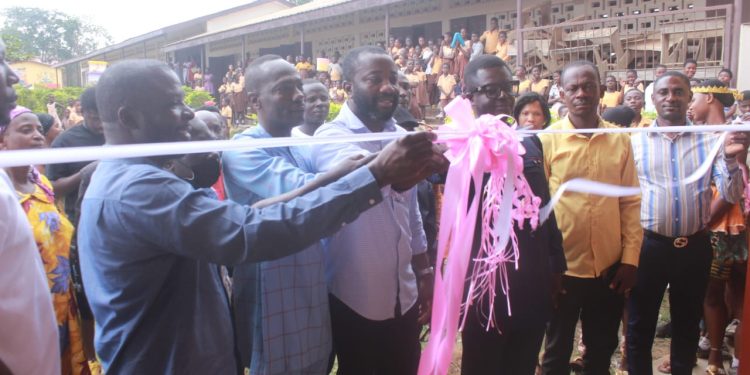 Teachers and pupils of Akrofoum D/A School in the Akrofuom District of the Ashanti Region have heaved a sigh of relief.

This was after the Member of Parliament for the area, Mr. Alex Blankson joined the District Chief Executive Mr. Maurice Jonas Woode to commission a three-unit classroom block at the school to end the shift system in the school.

The school according to the District Chief Executive had to admit more pupils after a private school in the area folded up during the outbreak of COVID-19.

Due to the huge numbers in the school, it was forced to run a shift system, much to the discomfort of pupils and teachers.

Consequently, the Assembly had to step in to put up a three (3) unit classroom block with Headteacher’s office, staff common room and furniture for both teachers and pupils, in an emergency move, to lessen their burden. 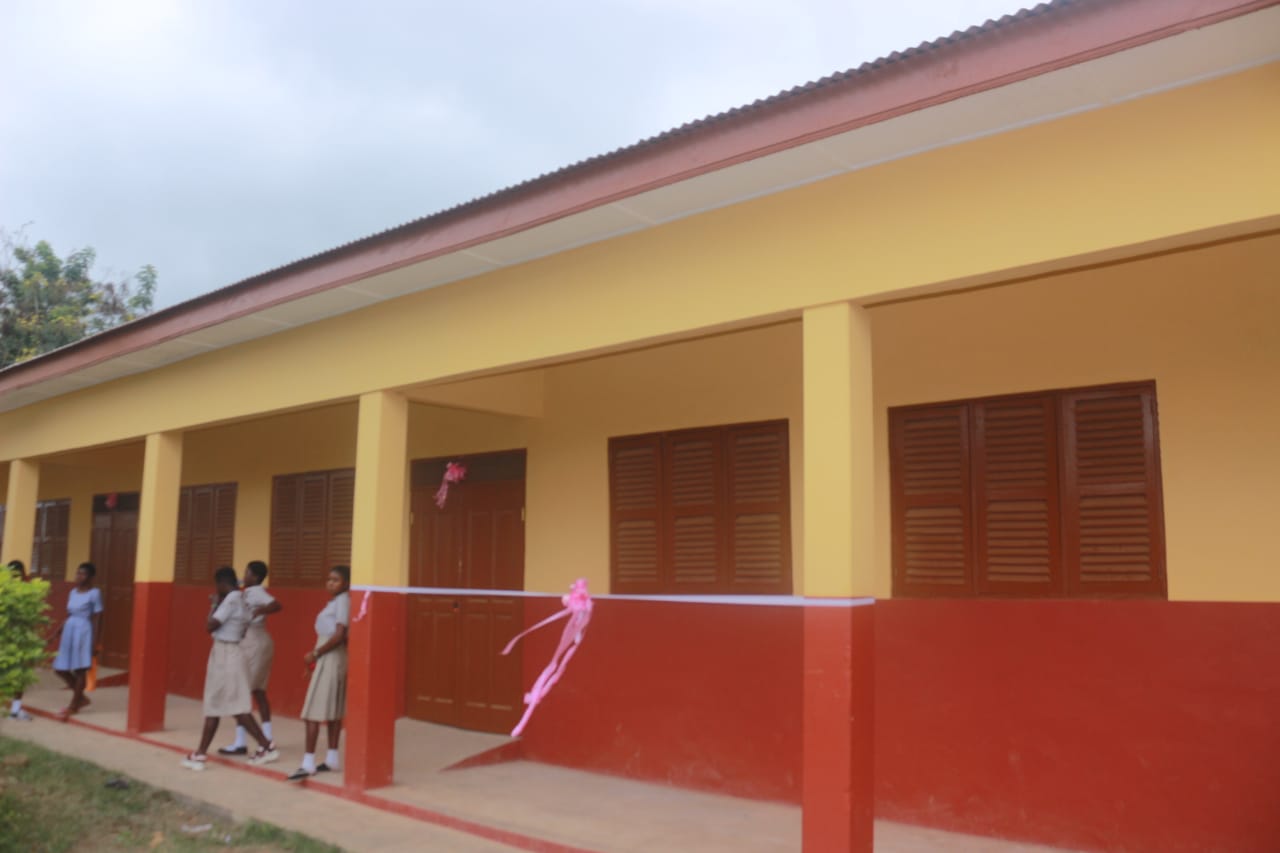 Mr. Woode added that about GH¢240,000 sourced from the Stool Lands revenue was used to put up the structure, which will add to the existing classroom block to accommodate 800 pupils.

He was quick to add that, the Assembly has lined up additional classroom blocks and again fenced the school to ward off encroaches.

He encouraged parents to show interest in children’s education.

He said “We all know efforts Government is making in investing in education to take away the cash burden off parents, but parents must also do their best by showing interest in their children’s academic performance and general wellbeing in school.” 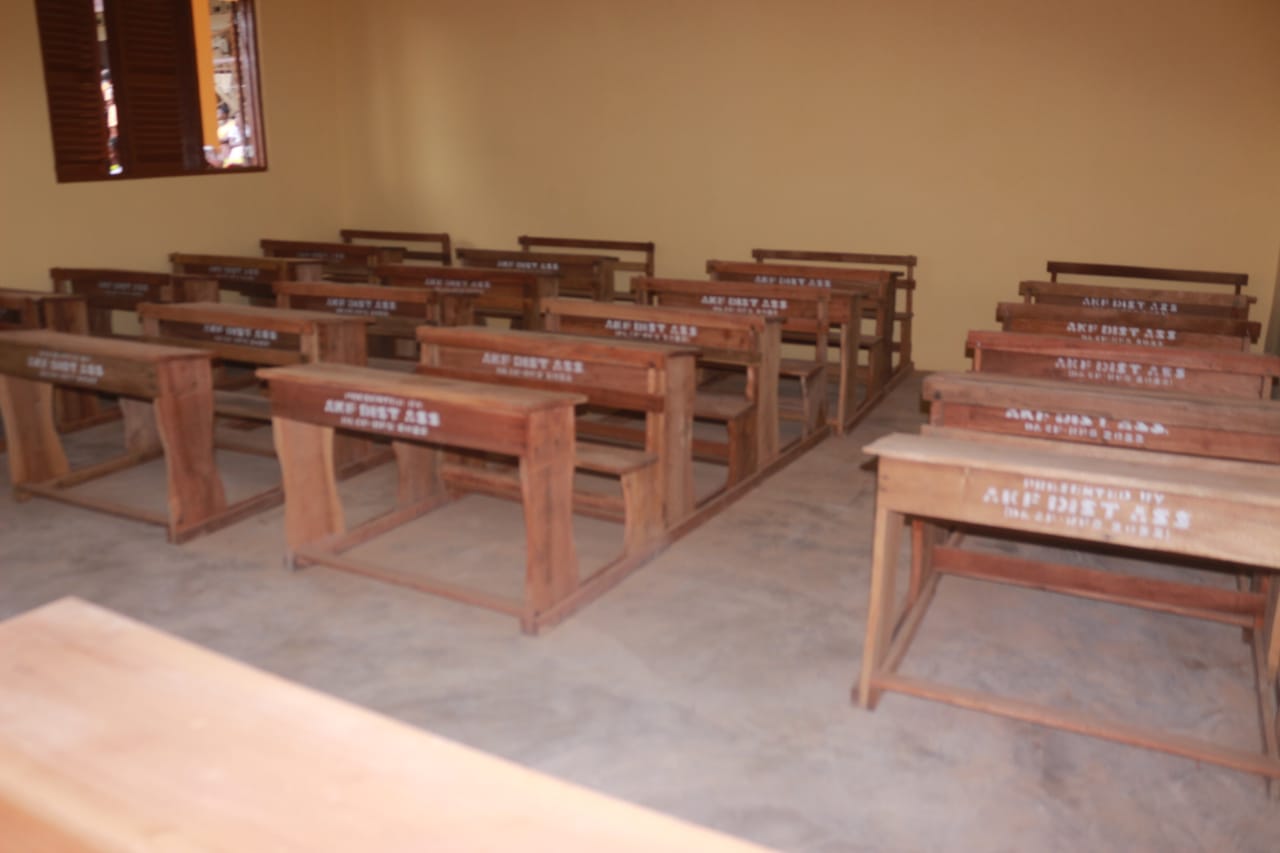 The Member of Parliament for Akrofuom Constituency reiterated his commitment to improving teaching and learning by announcing the introduction of mock examinations for BECE candidates, known as ‘super mock’.

He said the mock exams will prepare the BECE candidates adequately for the main exams.

He praised the District Education Directorate and the District Chief Executive for their efforts in facilitating quality education in the district.

The District Director of Education, George Sarfo Kantanka lauded the DCE and MP for uniting to lobby for development in the area.

He added that it was only unity that will enhance development at Akrofuom.

While citing the plethora of challenges facing the education sector in the District including lack of staff bungalow and other infrastructure, Mr. Sarfo Kantanka called on other stakeholders, institutions and individuals to come in, and complement the efforts of the Assembly and the MP. 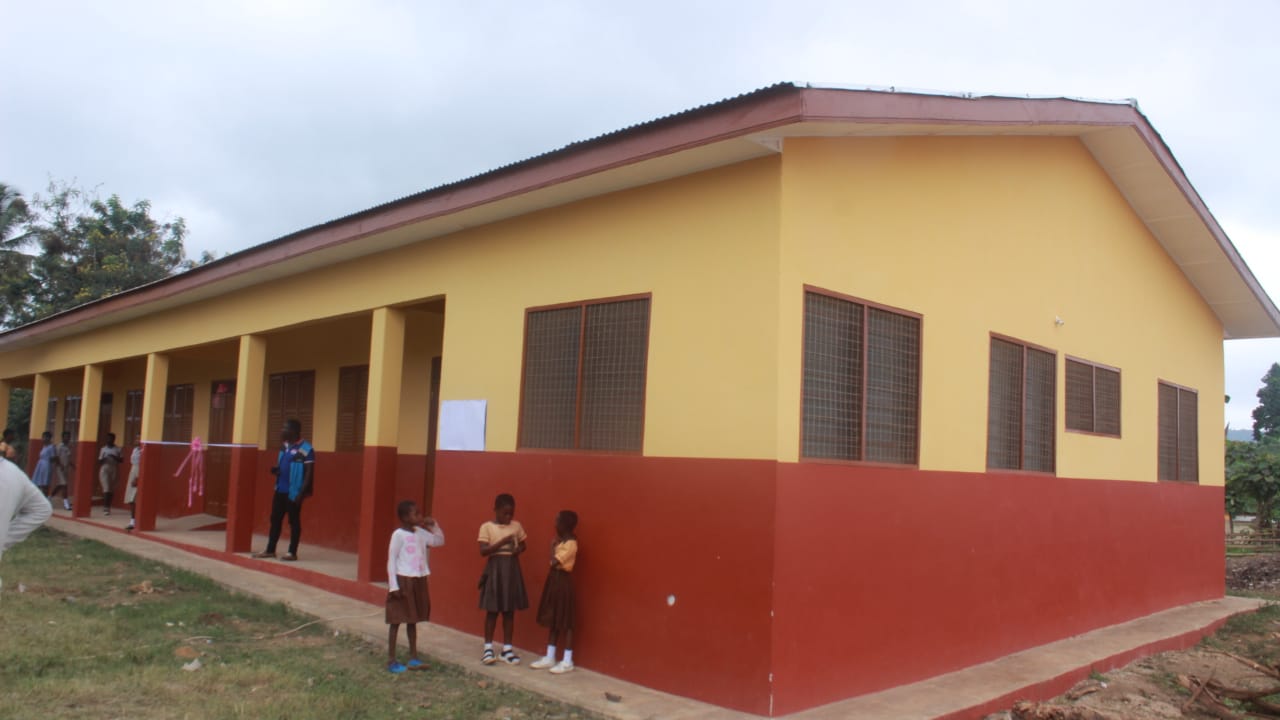