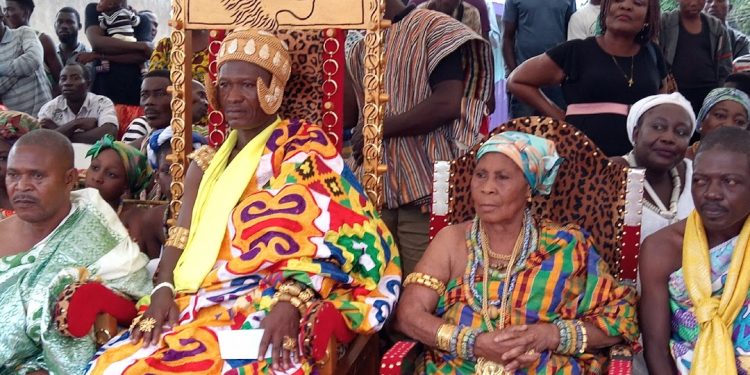 The Oyibi Divisional Council has withdrawn a statement in which it declared Friday, September 30, 2022, as a holiday in Oyibi in Accra.

The Council declared the holiday in a statement, indicating that it was to make way for the celebration of its Yam Festival.

But the Council Secretary, Enoch Alabi Nyomowoko in the latest statement said, “I wish to apologize to the entire citizens living in any part of Oyibi Community and the general public for releasing such communiqué and I seek that such information should be disregarded.”

Meanwhile, the Divisional Council says it is engaging stakeholders including the Ghana Education Service to permit the early closure of basic schools in the community on Friday.

The Council explains that the proposal has been necessitated due to the celebration of the ‘Oyibi Yam Festival’ which often witnesses the firing of guns.

The closure of schools, they believe, would protect pupils within the community.

In an interview with Citi News, a Council Elder, Numor Laryea, said a meeting would be conveyed today to finalize the proposition.

“Because of the firing of the gunpowder, we will want the students to be at home, or they can report to school and close at midday because we do not want anything to happen. That is why we have written to the Ghana Education Service.” 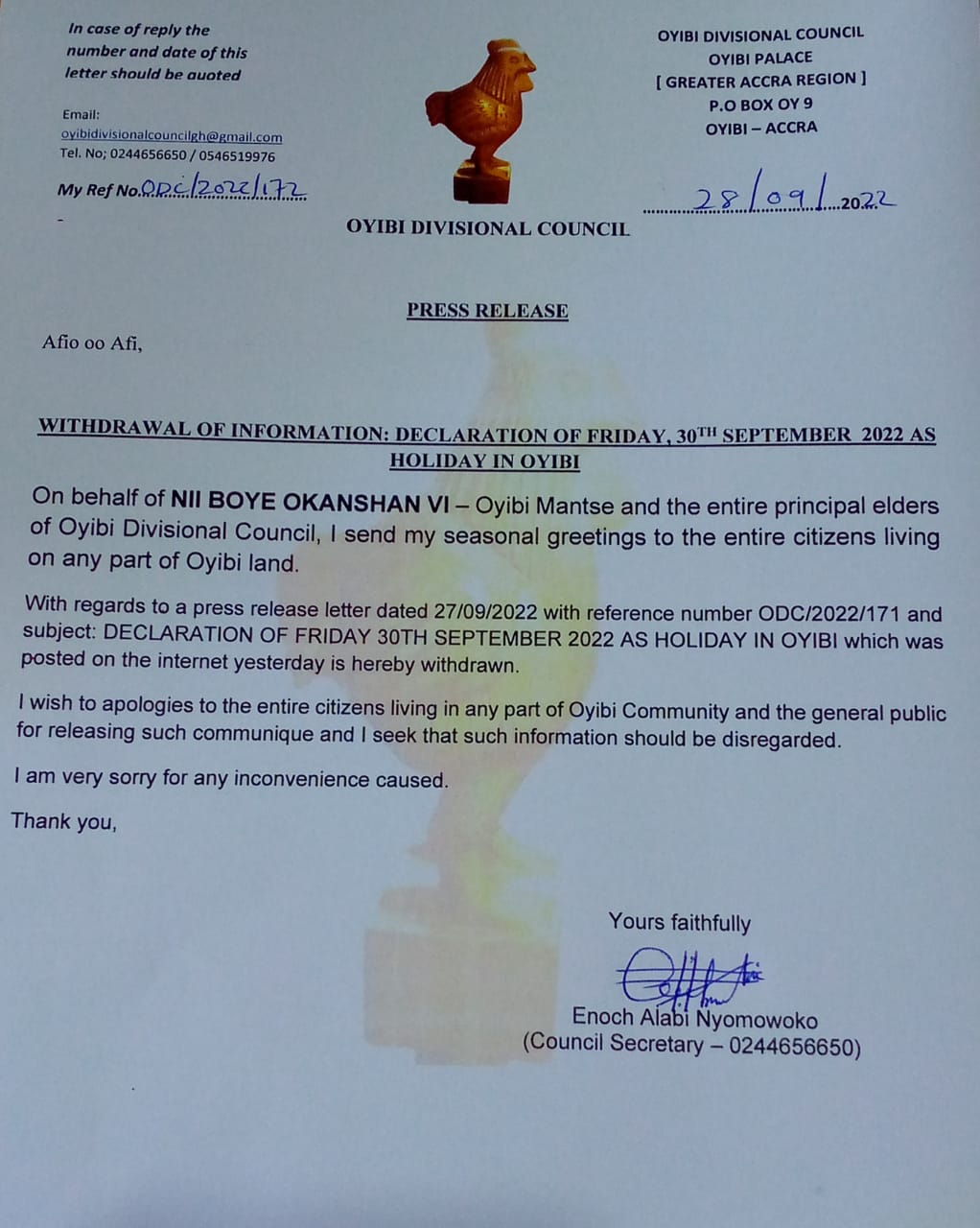