PRINPAG urges gov’t to review how it deals with media 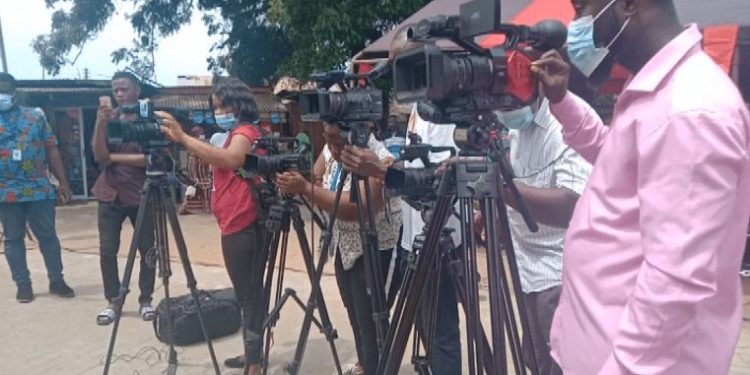 As part of moves to sanitize the media space, the Private Newspapers Publishers Association of Ghana (PRINPAG) is calling on government to use innovative communication strategies to engage the media to salvage its shortfalls.

The re-elected President of PRINPAG, Andrew Edwin Arthur, maintains that bad press is better than no press. He made this comment during an induction ceremony of the elected executives at the International Press Centre.

“Some of the problems that lead to the Ghanaian media dwindling in their influence and thus suffering a patronage crisis is our reckless and unprofessional conduct where we decide to ignore our ethics.”

He appealed to media practitioners to step up their activities in a professional manner.

“And here we urge all our members to always endeavour to exhibit high professional duty and strict adherence to high journalistic standards of balance, fairness, and accuracy among others.”

“Another critical issue which is dealing a blow to the growth of the media in Ghana is the manner in which the media is being handled by the government and its media handlers,” he pointed out.

“We do appreciate their effort, but the plain truth today is that they are still handling the media using the age-old policies and strategies which are not workable in these contemporary times.”

“And we urge them to have a paradigm shift and to engage more with the media associations to save the Ghanaian media from falling into an abyss.”

Meanwhile, the Chairman of the National Media Commission, Yaw Boadu Ayeboafo said the engagement with the chiefs of the Kumasi Traditional Council was the appropriate tool in solving the resolved conflict between the Oyerepa media and the Traditional Council.

“Using the law alone may not be sufficient under certain circumstances. The law enjoins the National Media Commission to use all appropriate means. So if in a situation like this we think that just saying you are wrong will not solve the problem, the approach was that we should engage, and we have engaged; and that is not unlawful.”

“The wording of the constitution says that we should use all appropriate means to ensure the highest journalistic standards. Unless people deem that inappropriate, otherwise engaging them in discussions to let them understand what they can do and what they cannot do is also lawful.”