In the UK the Queen’s official title is: Elizabeth the Second, by the Grace of God, of the United Kingdom of Great Britain and Northern Ireland and of Her other Realms and Territories Queen, Head of the Commonwealth, Defender of the Faith.

There has been a lot of political and social change during her 70 years on the throne. None less than in what was once her African empire.

Famously, she was in Kenya (then pronounced by the British as “Keenya”), at the luxury Tree Tops game lodge, when her father died in 1952. She returned hastily to Britain to accede to the throne that year.

This was her second trip to Africa. She had accompanied her parents to South Africa in 1947, the monarchy’s “last hurrah” in the country before the National Party, which formalised apartheid, displaced General Jan Smuts’ United Party the following year.

At its height, the British Empire extended over something like a third of the world, but was already in recession when the Queen came to the throne. India had been the “Jewel in the Crown”, but had proceeded to a violently partitioned independence involving the creation of predominantly Muslim Pakistan in 1947. Burma (now Myanmar) went in 1948. There were still other territories in Asia, notably Malaya, odd outposts in Latin America and various islands in Oceania. And there was still Africa.

All are now independent, and have become republics, although all (Zimbabwe being the exception) belong to what used to be known as – but is no longer known as – the “British” Commonwealth.

It was not realised at the time, nor intended, that the Empire would begin to dissolve as fast as it did after the Queen had come to the throne. However, by the early 1970s a bulk of the Empire had gone.

Britain effectively scuttled in the face of early nationalist stirrings (Ghana); the expense in blood, money and prestige of confronting armed struggle and violence (Malaya and Kenya); the increasing cost of demands for “development” in the colonies; the foreign policy disaster of Suez; and London’s developing sense that it should reorient its trade to a uniting Europe.

The story of the dominions

The rot (if that is the right word) started at the 1911 Imperial Conference , the first of several meetings of the British Prime Minister and his counterparts in the four “dominions” (Australia, Canada, South Africa and New Zealand). These were all countries of white settlement, territories to which Britain had exported population since the end of the Napoleonic wars.

Some went as “explorers”, more as traders, and some (notoriously to Australia) were dispatched as convicts. The majority went to make a new life, many escaping hunger and misery at home.

Fearful of a repeat of the loss of their American empire, the British governments of the day conceded “self-government” to British settlers, albeit in fits and starts. An early marker was laid down with by the North America Act of 1867 which created confederation in Canada.

As dominions, such settler states enjoyed “self-government” over their internal affairs. But, they lacked total independence as Britain continued to control their foreign affairs, and notably, the right to take them into a war.

South Africa had become a “dominion” at Union in 1910, and Prime Minister Louis Botha attended the imperial conference of the following year. In response to the growing assertiveness of the four dominions, the British government made a significant concession.

It retained the right to declare that the dominions would join it in declaring war against an enemy state. But it conceded that they would have the right to decide their level of support for the war effort. The British were wholly confident that Australia, Canada and New Zealand would display their loyalty for “the mother country” in any European conflict.

However, a question hung over South Africa. Its government headed by Botha and Jan Smuts, two former Boer generals who had recently been fighting against the British. This was answered in 1914. When it came to the crunch, Botha and Smuts threw South African troops into the First World War without any hesitation.

They subsequently took to the field in uniform to crush an Afrikaner Nationalist rebellion against fighting “Britain’s war”. Yet when the war was over, a Nationalist government led by another former Boer general, Barry Hertzog, led the way in securing a further concession from the British at the Imperial Conference in 1926.

This time round, the dominions gained the right to run their own foreign policies, to have separate diplomatic representation in countries around the world, and importantly, to decide for themselves whether to side with Britain in the event of another war.

All this was confirmed by the Statute of Westminster of 1931. Come 1939, Smuts won a critical vote in the Union Parliament to lead South Africa into the Second World War against Nationalist opposition. But, they took their revenge by defeating him in the 1948 election.

Although Nationalist desire for South Africa to cut ties with Britain and become a republic ran deep, caution initially prevailed, and formally, the Queen remained head of state, represented by a governor-general as her viceroy. But when faced with hostility to apartheid by African states, Prime Minister Hendrik Verwoerd led South Africa out of the Commonwealth.

This began with the Gold Coast, which achieved “self-government” in 1951 before moving rapidly to independence as Ghana in 1957. Government was now firmly in African hands. But, the imperial legacy remained in the form of a governor-general, who represented the Queen as the country’s formal head of state and sovereign. But this was not to last long.

The time of the Great White Queen sitting at the heart of Empire had long gone, and Ghana transitioned to the status of a republic in 1960 with Kwame Nkrumah becoming its first president and head of state. Albeit with local variations, this was the route followed in virtually every other British African territory over the course of following two decades.

By the late 1970s, every formerly British African state, bar Lesotho and Swaziland (now Eswatini) whose own monarchs replaced the Queen as head of state, had become a republic.

The exception which proved the rule was Rhodesia. White Rhodesians, a tiny proportion of the territory’s population, had obtained self-government in 1923, yet Britain had retained nominal sovereignty. As one African government after another swept to freedom, the Rhodesians wanted to follow suit to retain white rule, but fearing African reaction, Britain had declined to grant full independence unless an incoming government had a democratic mandate.

Ian Smith’s Rhodesian Front party rebelled and unilaterally declared independence in 1965 and although the white settlers famously thought themselves more British than the British themselves, declared in 1970 that they no longer recognised the Queen as head of state and declared Rhodesia a republic. This never gained international recognition, and a conservative politician, Christopher Soames returned briefly as governor and the Queen’s representative in 1980.

The last British governor in Africa, he waved goodbye when Rhodesia transitioned to independence as the Republic of Zimbabwe in 1980.

Looking to the future

Britain’s relationships with its former African colonies are now those of trade, aid and diplomacy. The Queen herself remains highly respected, and acknowledged as head of the Commonwealth. Yet once she has gone, and that cannot be long, even that status for the British monarch may go.

At that moment, the rout of the British monarchy in Africa will be complete.

Roger Southall, Professor of Sociology, University of the Witwatersrand 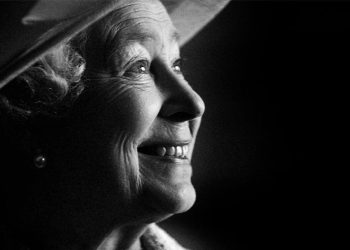 Queen Elizabeth II to be laid to rest today