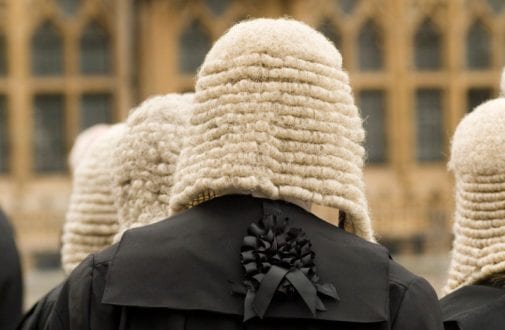 The Association of Magistrates and Judges of Ghana is demanding the timely disbursement of allowances owed members of the union.

The group bemoans that Judges and Magistrates received their fuel allowances for the first quarter of the year just a week ago, despite the increase in prices of the petroleum product.

President of the Association of Magistrates and Judges, Henry Kwofie complained about the delay in the payment of their allowances at the 2022 Annual General Meeting (AGM).

“Fuel allowance for the first quarter of this year was released only last week to the Judicial Service. Allowances are part of our remuneration – we are entitled to it and it must be paid promptly, especially taking into consideration the recent increases in prices of petroleum products.  We wish that the authorities take this matter very seriously”, he lamented.

The AGM affords members of the Magistrates and Judges the opportunity to deliberate on activities within the year and strategize for the new legal year in terms of justice delivery.

Chief Justice, Kwasi Anin-Yeboah urged judges and magistrates not to be influenced by public criticisms in discharging their duty.

“Yours is to dispense justice and to uphold the rule of law irrespective of public clamour,” the Chief Justice said.

The judiciary has come under criticism in recent times, with President Akufo-Addo describing it as unwarranted attacks which must be condemned.

Justice Anin-Yeboah also said criticism of the judiciary must be constructive.