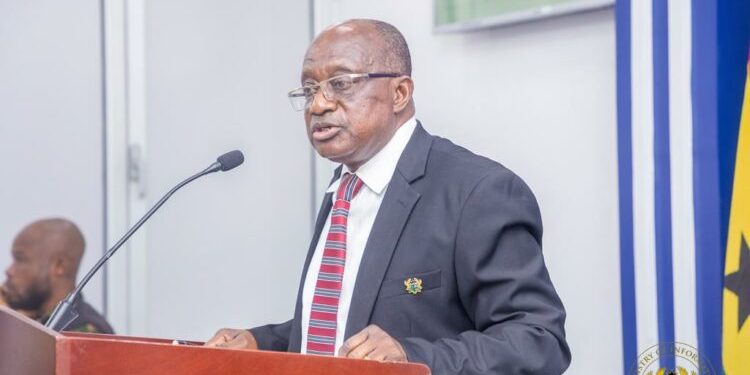 30 more factories are at various stages of completion under the One District One Factory (1D1F) initiative in the Ashanti Region, Mr. Simon Osei-Mensah, the Regional Minister, has disclosed.

The Minister, who was speaking at the 23 Regional Annual General Meeting of the Ashanti, Bono, Bono East and Ahafo Regional Branch of the Association of Ghana Industries (AGI) in Kumasi, said the region was a beneficiary of 21 out of the 125 factories, already in operation under the initiative.

The meeting, which was on the theme: “Investing in Ghanaian Industries to Leverage Opportunities in the Single African Market,” was held to take stock of the activities of the Association and to chart the way forward by addressing pertinent issues affecting the growth of industries.

It was attended by representatives of AGI from the four regions and other relevant industry players.

Mr Osei-Mensah said the New Patriotic Party (NPP) government in its quest to change the nature of the economy from taxation to production, launched the 1D 1F initiate in 2017 to promote the manufacturing and service sectors through several policy initiatives.

He said through the GhanaCARES ‘Obatanpa’ Programme, the Government supported many manufacturing and pharmaceutical industries to survive the COVID-19 impact.

“One of the objectives of the GhanaCARES ‘Obatanpa’ Programme is to support the private sector particularly agribusiness, manufacturing, ICT and digitalisation,” he stated.

The Minister urged the Association to strengthen and deepen collaboration with the Ghana Export Promotion Authority (GEPA) and take advantage of the Authority’s work to diversify its export base.

The location of the Secretariat of the Africa Continental Free Trade Area (AfCFTA) in Ghana, according to the Minister, offered a perfect opportunity for the AGI to make deliberate attempt to create export-oriented companies to enhance the country’s industrialisation agenda.

He said the Ashanti Regional Coordinating Council had always collaborated with the private sector and that together with the AGI, his outfit was implementing projects that would grow the economy to promote businesses in the Ashanti region.

Mr Akwasi Nyamekye, Regional AGI Chairperson for Ashanti, Ahafo, Bono and Bono East, called on the Government to take a second look at the current ECOWAS protocols on trade, saying in-spite of the protocols there was no free movement of goods within the sub-region.

He said the association and its members had the capacity to support all government programmes that fell within their domain.