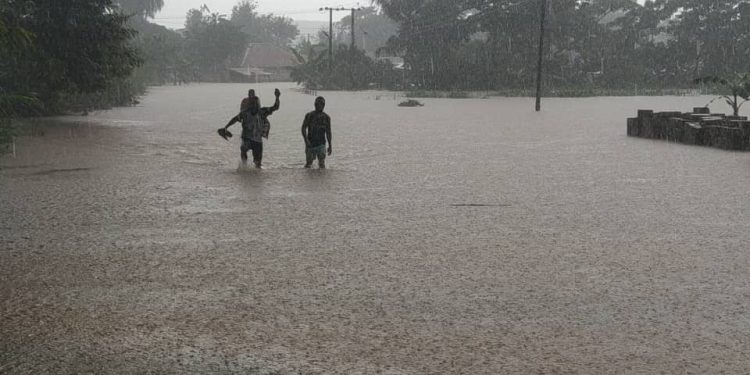 The Member of Parliament for New Juaben North, Nana Adjei Boateng, who called for a relook of drainage systems in Koforidua, has partly blamed the intense flooding on illegal mining activities upstream.

Nana Adjei Boateng who visited some affected communities with the Municipal Security Council to assess the extent of damage said the level of flooding was unprecedented.

“Over the years, it has been flooding there but the extent to which Akwadum got flooded this time, we have never seen it like that.”

Hundreds of residents at Akwadum Zongo in the New Juaben North Municipality fled their homes after several hours of downpour submerged their homes.

The rains on Sunday worsened after the Densu river which flows through the community overflowed its banks at around 10 am on Sunday.

Thousands of properties have been lost in the process and residents say the situation may get worse if the rains do not stop.