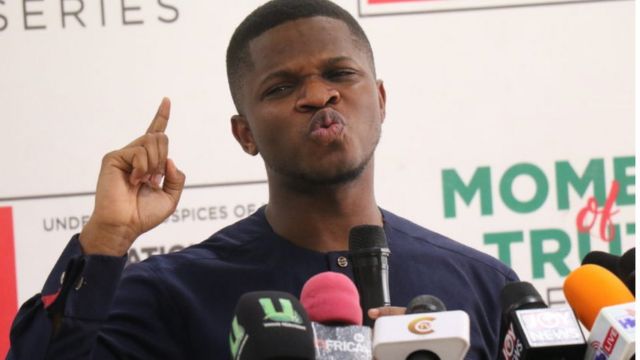 The NDC maintains government and the New Patriotic Party (NPP) have not shown enough commitment in dealing with party bigwigs behind the illegality.

President Akufo-Addo while speaking to Metropolitan, Municipal and District Chief Executives (MMDCEs) in Kumasi as part of a meeting to find a lasting solution to the galamesy menace, expressed readiness not to shield any government official found complicit in galamsey activities.

But the National Communications Officer of the NDC, Sammy Gyamfi who addressed a press conference in Accra on Thursday, October 6, 2022, said the President is not backing his efforts with action.

“President Akufo-Addo’s comment on this matter shows clearly that he hasn’t repented from shielding his officials who are engaged in illegal mining and proves what a walking contradiction he is, as he continues to skirt around this very important issue”.

For Sammy Gyamfi, “the Ghanaian people are simply tired of the President’s cocktail of empty and useless rhetoric on this subject of galamsey. We are saying to him today, that it is either we begin to see action on his part or he should simply spare us his empty talk”, he stressed.

The NDC also believes the Akufo-Addo government has failed woefully in the galamsey fight.

The party describes the measures and strategies put in place by government to win the war against the illegality as a clear deception, alleging that some members of the NPP and government are behind galamsey in the country.

“The so-called fight against galamsey by the Akufo-Addo/Bawumia/NPP government is a scam and has been a lost battle from day one. This is because, there has never been any genuine commitment or political will on the part of the President to combat the menace.”

Sammy Gyamfi at the press conference further slammed the president and the Minister of Lands and Natural Resource, Samuel Abu Jinapor over the galamsey menace and accused them of “shifting the blame to the chieftaincy institution.”