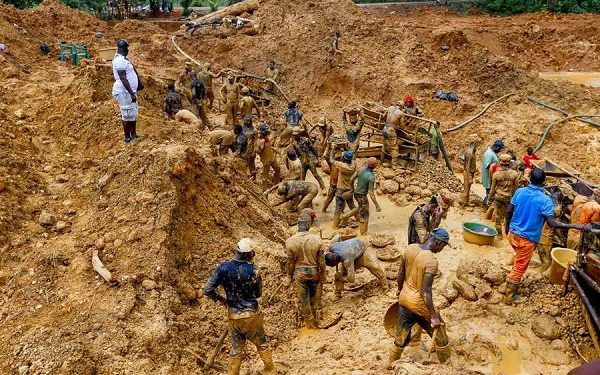 Some residents of Obuasi in the Ashanti region have expressed doubt over President Akufo-Addo’s efforts aimed at fighting illegal mining in Ghana popularly known as galamsey.

The residents contend that the government’s measures are rather compounding the situation, as they believe no government can tackle the issue since prominent chiefs, past and present politicians, top security officers among others are heavily involved in the practice.

“No government or political party can stop illegal mining in the country because past and present government officials as well as powerful chiefs are behind illegal mining”, says Kofi Asante Mensah, treasurer of a group known as Adansiman Progressive Association

Speaking at a news conference in Obuasi, Kofi Asante Mensah stated that the group remains skeptical about the measures being put in place by government.

“Government’s measures in dealing with illegal mining by forming police and military taskforce to arrest and destroy equipment of illegal miners contribute to the pollution of water bodies. Many of the people who government spent huge monies on to be trained as community miners to do responsible mining in the communities are engaged in illegal mining because the task force are not allowing them to do responsible mining.”