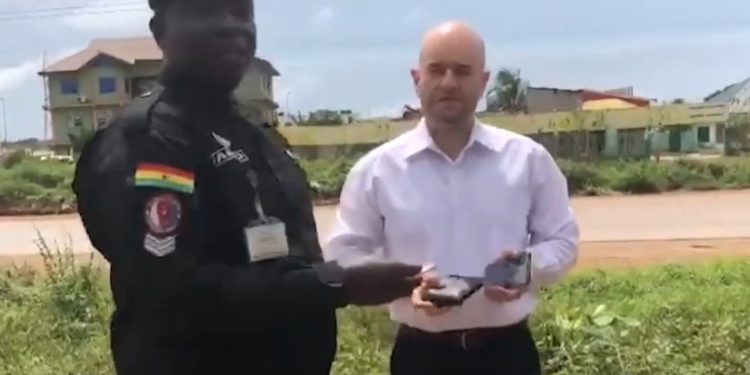 A Ukrainian national who attempted to bribe a police officer has been convicted and fined a sum of GH¢2400.

The Ukrainian, Serhri Kovtun, made an illegal U-turn on the Accra Tema motorway on October 5, 2022, at the Community 18 junction when he was intercepted by Citi TV’s War Against Indiscipline campaign team.

Upon his arrest, he offered GH¢400 to the police, which was used as evidence against him in court.

He was slapped with five counts of offences which included attempted bribery of a police officer, obstructing traffic, and wrongful U-turn amongst others.

His vehicle was also impounded at the Airport police station.