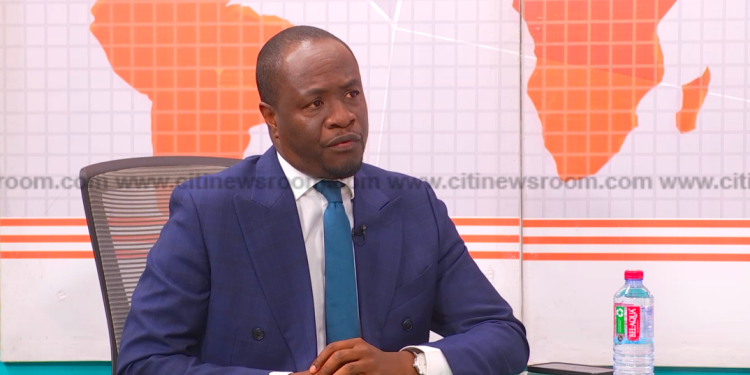 The Ghana Cocoa Board (COCOBOD) says it is rolling out a number of interventions to ensure that, cocoa farmers do not lose their farmlands to illegal small-scale mining, otherwise known as galamsey.

It comes on the back of concerns that several factors are pushing cocoa farmers to exchange farmlands for illegal mining, thereby threatening the cultivation and production of cocoa in the country.

Speaking on The Point of View on Citi TV, the Director of Public Affairs at COCOBOD, Fiifi Boafo, said among other things, the Board is assisting the farmers legally.

He thus encouraged cocoa farmers to seek support from COCOBOD when faced with the challenge.

“The farmers do not want to give out these farms but with their level of exposure to go to court and resources not available to them, they are handicapped. That is why they give in. Our sensitization is ongoing, and I think that it has helped with that realization that, this is not the way to go. We are also giving the farmers legal representation when they fall on us for support.”

Mr. Boafo admitted that the producer price of cocoa ought to be increased to cushion farmers, but rejected suggestions the low cocoa price in Ghana is contributing to the exchange of farmlands for galamsey.

He disclosed that, farmers are selling farms between GH¢10,000 and GH¢25,000, but quickly cautioned farmers to desist from going into such paltry deals.

“The remuneration for cocoa farmers can be improved. In as much as the farmers’ income can be improved, I do not believe in the idea that based on economies of scale, that is why the farmers are giving out their farms. Sometimes it is out of ignorance and the wish to get things immediately without thinking about the effects of it”, he stressed.

The COCOBOD Public Affairs Director also stated that some traditional authorities are coercing farmers to give out farmlands.

“There are some traditional authorities who are actually aiding this because they tell farmers they are owners of the land, so it should be given back to them because they [chiefs] are being enticed by illegal miners. So they want to get the money quickly and eject these people from the land.”