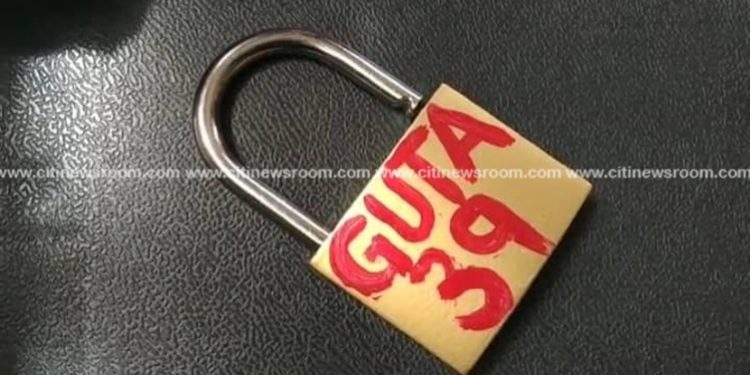 The Ministry of Trade and Industry wants protesting members of the Ghana Union of Traders Association (GUTA) to consider going back to business as government finds a workable solution to the existing challenges affecting their operations.

GUTA members are currently embarking on a six-day protest closing their shops to kick against, the free-fall of the cedi, high inflation and unbearable taxes.

The disgruntled traders are demanding urgent actions from the government arguing that the harsh economic conditions are crippling business activities.

Deputy Trade and Industry Minister, Michael Okyere Baafi said, although the concerns of the traders are legitimate, the closure of shops is an inconveniencing one but hurriedly added that government is determined to fix the situation.

“For us as government, we are still committed to engaging so GUTA opens their shops and go about their normal duties. There is no need to create problems for the system, but rather tackling things together to benefit everyone.”

On Wednesday, business slowed down in the Central Business District of Accra as members of GUTA began protesting over Ghana’s forex challenges and general economic hardship.

While most of the traders joined the protest by locking their shops, a significant number of traders, however, opened their shops for trade.

But Michael Okyere Baafi while speaking on The Point of View on Citi TV appealed to the traders to resume work while negotiations continue.

“We have had meetings pleading with GUTA. Their concerns are legitimate, and we have rolled out plans to tackle the issues they have raised. Clearly, the government has shown commitment“.

“Our position is not to defend government, but rather plead with them for further engagements till we get a compromise that will benefit all of us. So we are pleading with GUTA to go back to work because we are determined to engage them to end their action.”

The leadership of the GUTA had met with members of the Council of State in the latter’s attempt to urge the traders to stop the protest.

GNASSM kicks against calls for ban on small-scale mining, says it's insensitive