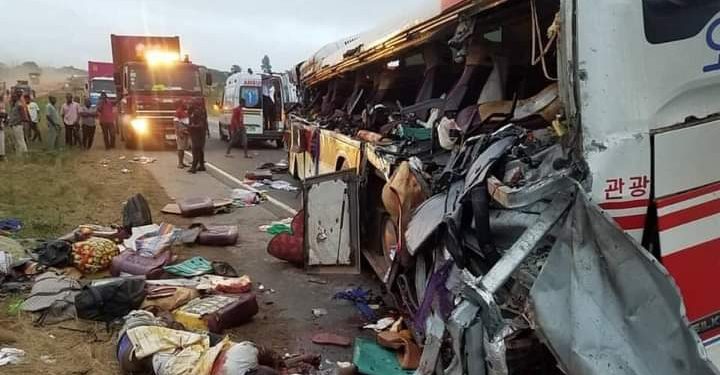 The National Road Safety Authority (NSRA) has disclosed that 377 people were killed between January and October 2022 in the Ashanti Region, while over 3,000 sustained various degrees of injuries within the same period.

The Authority says available data shows that speeding and stationary vehicles continue to be among the major causes of road crashes in the country.

“From January to October 2022, we have recorded 2,886 road crash cases in the Ashanti Region. Out of it, 4,865 vehicles were involved. We are looking at commercial, private and motorcycle. 377 people got killed and then, 3,552 sustained injuries,” the NSRA said.

Although there is a reduction in the figures as compared to previous years, road safety officials say they are intensifying enforcement to further bring the number of fatalities and injuries down.

“In all the categories, if you compare it to last year’s figures, we have some level of reduction, but that does not mean we should relent on our efforts. We are still putting things in place to ensure that the numbers go further down,” Ashanti Regional Director of National Road Safety Authority, Simbiat Wiredu stated.

Simbiat Wiredu further outlined some major causes of road accidents and thus stated that her outfit is intensifying enforcement efforts.

He observed that stationary vehicles also contribute to most of the crashes in the region.

The Mayor of Kumasi, Samuel Pyne, says the assembly is worried about the rate of road crashes in the metropolis.

In collaboration with Bloomberg Philanthropies, KMA visited some accident victims as part of the 2022 world day of remembrance for road crash victims and presented them with an undisclosed amount and various items.

The assembly also organized a sensitization campaign on road crashes at Dunkirk in Kumasi, where leadership of various driver unions were enlightened on the need to ensure sanity on roads.

As part of intensified efforts by KMA to clamp down on road crashes, the assembly has mounted mangled vehicles that have been involved in accidents at vantage points with inscriptions, urging road users to avoid mistakes that lead to road crashes on a daily basis.