A security officer has been found dead at Anum Apapam in Ayensuano in the Eastern region.

An eyewitness revealed that the lifeless body of the security man, who works with Ark Mining company limited, was found with multiple bruises and blood dripping from his manhood.

The eyewitness added that it is likely the security man was lynched by his assailants.

The Ayensuano District Police Command has conveyed the remains to the Police hospital in Accra after taking inventory of the crime scene.

No arrest has been made so far.

In a related development, Seven (7) police officers with the Eastern Regional Police Command killed in the line of duty from 2016 to 2022 have been remembered in a solemn memorial day observation held at the forecourt of the Regional Police Headquarters.

The rest are Lance Corporal Alhassan Asare, and General Lance corporal Joseph Yankey all stationed at Akyem Oda division were killed in 2019 and 2020 respectively.

Some members of the bereaved families present could not hold back their tears as they relived the painful death of their beloved ones. 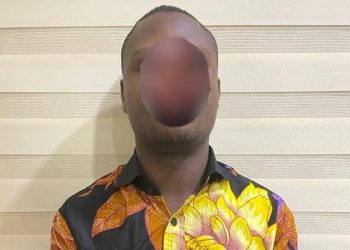