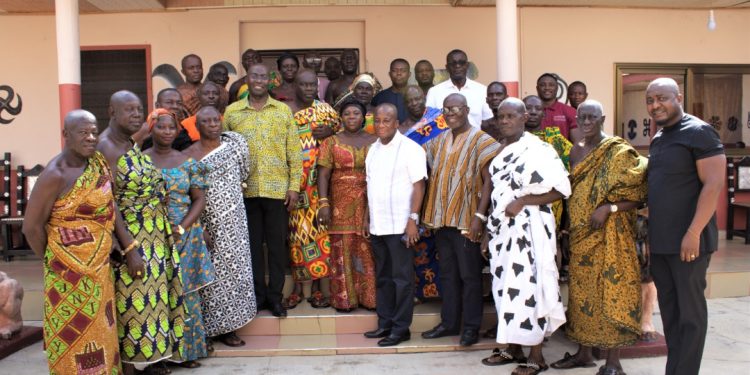 The Ghana Integrated Aluminium Development Corporation (GIADEC) has introduced OPCL as the new majority shareholder of Ghana Bauxite Company (GBC) to the traditional leaders, Chiefs and people of Ahwiaso and Sefwi Bekwai in the Western North region.

OPCL, a wholly owned Ghanaian company in March 2022 acquired a total of 80% shares in GBC, which was previously held by Chinese mining giant, Bosai Minerals Group Limited with the remainder 20% held by the Government of Ghana (GoG) following Bosai’s decision to pull out of operations and exit the country.

GoG’s interest in GBC is held by GIADEC.

At a courtesy call, first on the President of the Western-North Regional House of Chiefs and Sefwi Ahwiaso Traditional Council, Ogyeahoho Yaw Gyebi II, at his Palace in Sefwi Ahwiaso, the traditional leader, who doubles as President of the National House of Chiefs, commended GIADEC for ensuring a seamless transition from the old to the new managers of GBC which has led to the continuity of work without any break. 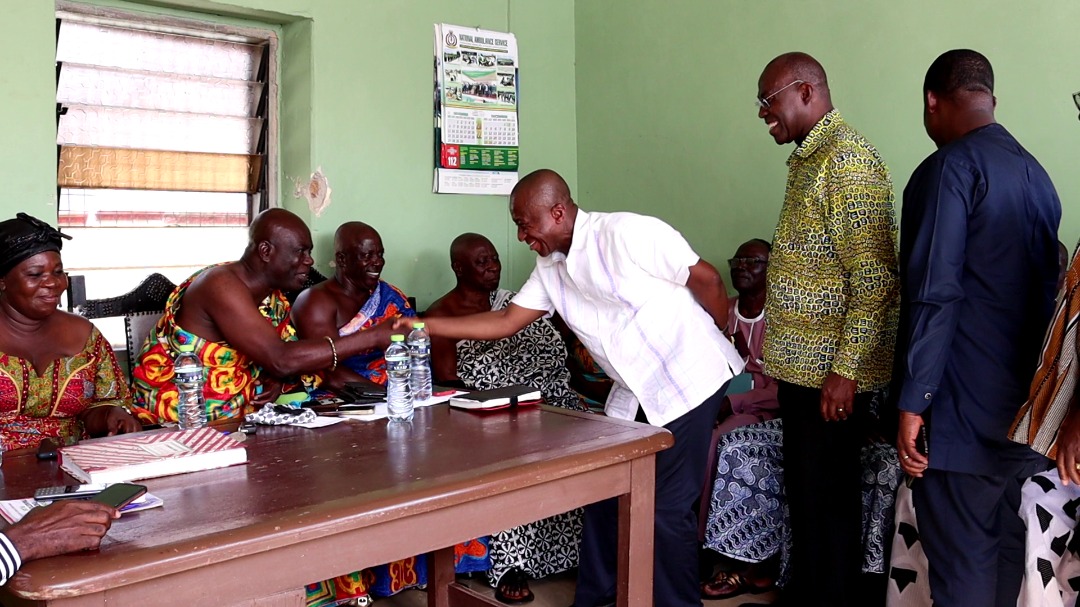 He was particularly thankful to the CEO of GIADEC, Mr. Michael Ansah for playing an instrumental role in ensuring that there were no job losses during the transitional phase as that was a major concern, especially for the local workers.

Ogyeahoho Yaw Gyebi II commended OPCL for taking up the management of GBC and urged them to ‘turn a new leaf’ in the operations of the company. According to him, the communities have not enjoyed any meaningful benefits especially during the administration of Bosai Minerals Group Limited and thus expects OPCL to do things differently.

He made a passionate appeal to OPCL and GIADEC to offer employment opportunities to the teeming youth in the area and keep the traditional council updated on major developments. 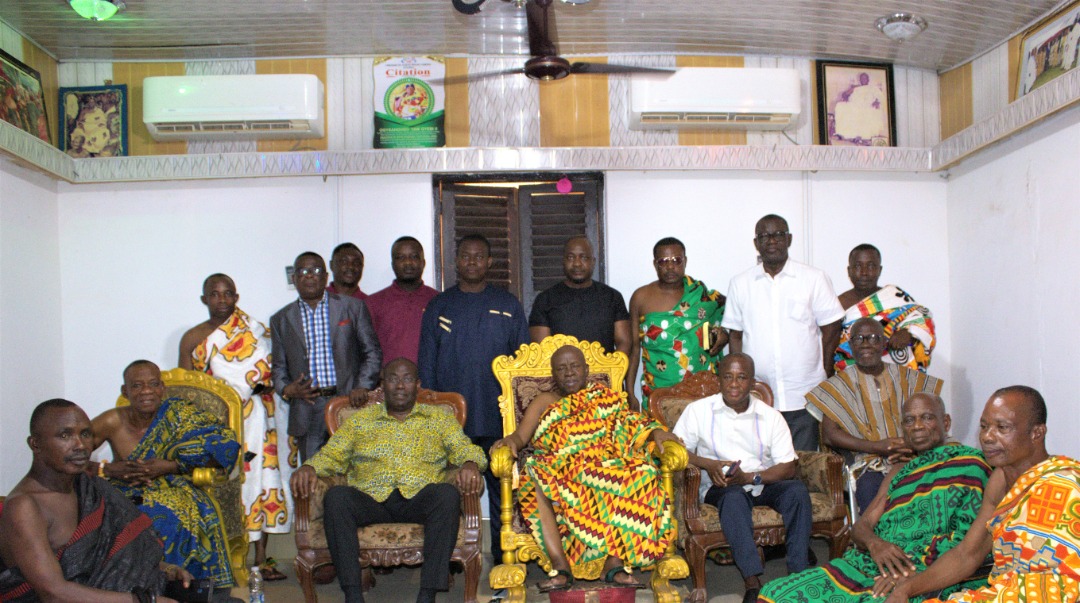 The delegation’s next stop was at the Palace of the President of Sefwi Bekwai Traditional Council, Oyeadeyie Basape Kwadwo Armah II for a formal introduction of OPCL as the new majority shareholder in GBC.

The team was welcomed by the Acting President of the Traditional Council, Katakyie Kwasi Afful who reiterated the need for OPCL not to neglect the community but see it as one of its key stakeholders.

He pledged his support and that of his people to the operations of GBC under the new management of OPCL adding that the success of GBC will bring massive developments to the communities that had eluded them for years.

Chief Executive Officer of GIADEC, Mr. Michael Ansah, expressed his gratitude to the traditional leaders for their continuous support to the Integrated Aluminium Industry (IAI) vision and assured them that he remains committed to the overriding goal of value addition.

He noted that GIADEC is working with the Government of Ghana and its new partner, OPCL, to stabilise the existing operations at Awaso. 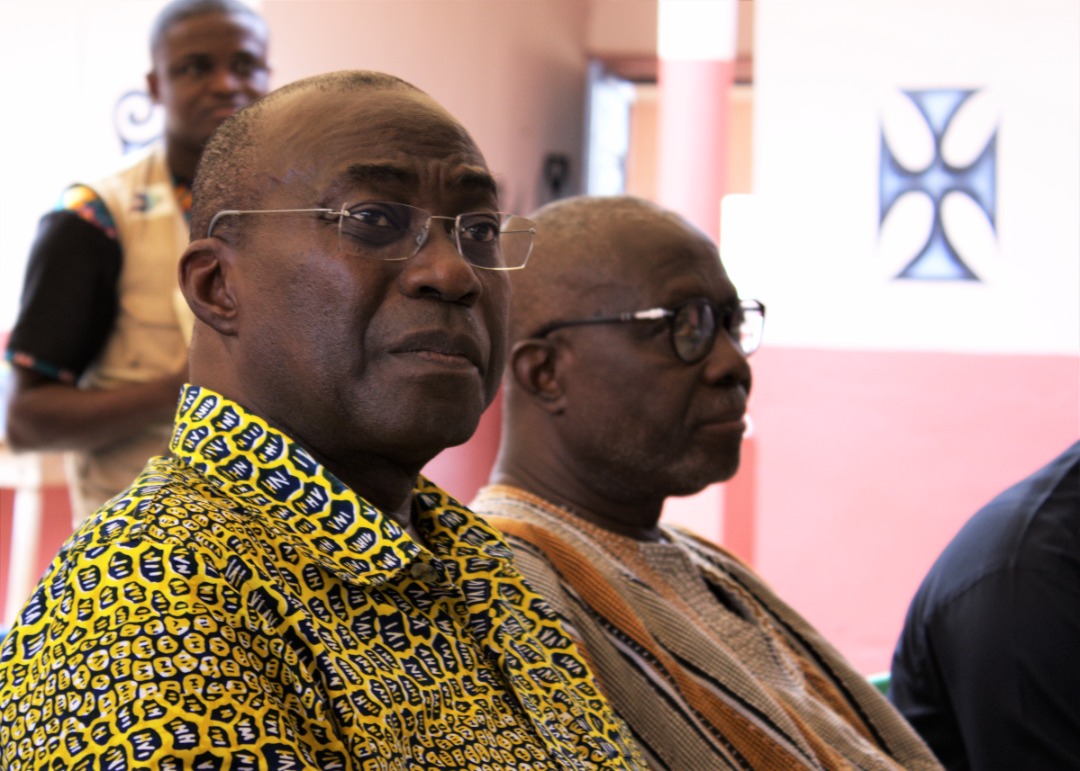 The new outlook for GBC, in the short to medium term, according to Mr. Ansah, is to ramp up production from 1 million tonnes per annum to 2 million per annum.

Touching on the role of OPCL in executing Project 1, one of four projects under the IAI, Mr. Ansah emphasized that GIADEC is currently assessing the capacity of OPCL to execute Project 1 which involves the expansion of the existing Awaso mine and building of a refinery.

On his part, the Executive Chairman of OPCL, Mr. Ofori Poku, was grateful to the traditional leaders for their endorsement and show of support.

He assured them that GBC recognizes the traditional leaders and people in the communities as development partners and his visit is to rekindle and further strengthen the relationship existing between them. 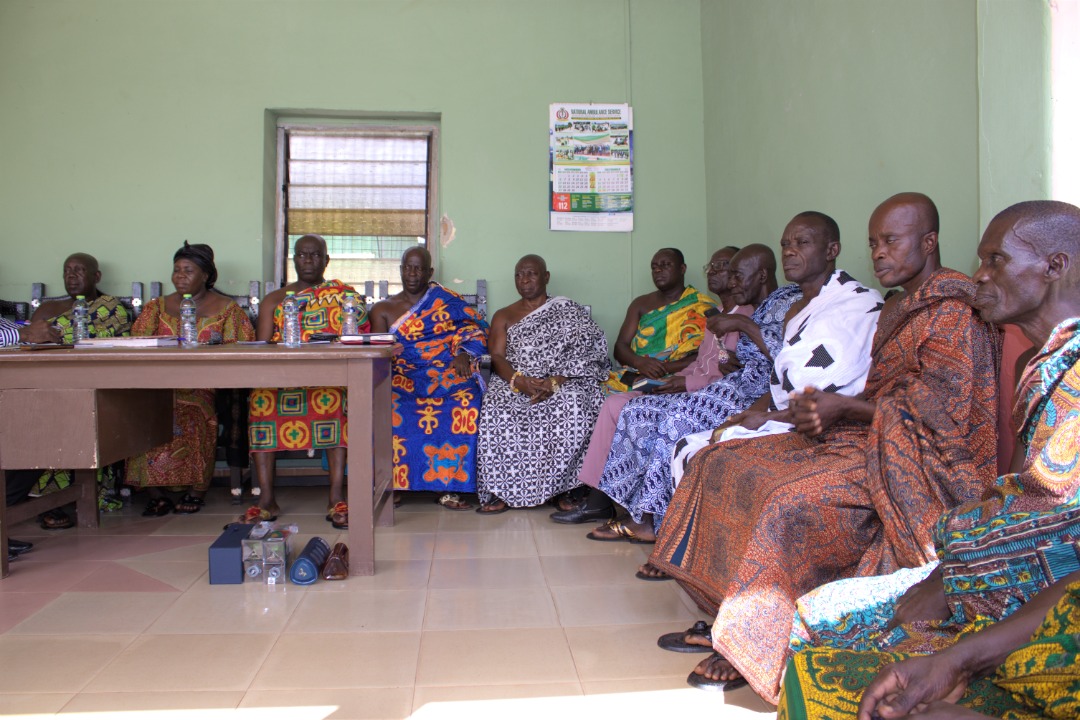