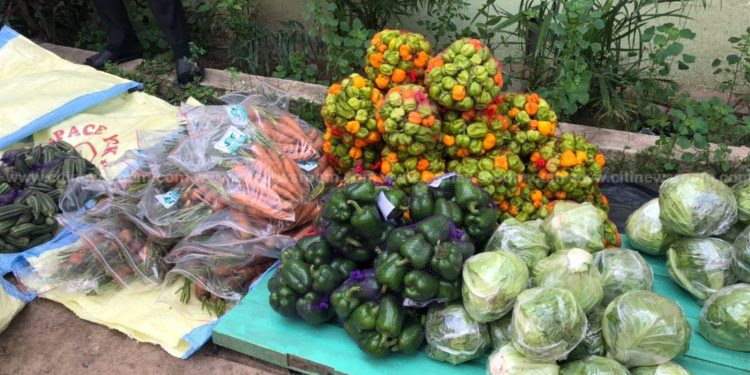 The Ministry of Food and Agriculture has debunked claims that it is wasting taxpayers money on the carting and sale of cheap foodstuff at its premises.

The Ministry last Friday, November 11, 2022, began the retailing of food items at its premises to civil and local government workers.

Many have criticized the move describing it as a cost to the state but the sector minister, Dr. Owusu Afriyie Akoto defended it saying data gathered by the Ministry shows massive disparities between prices at the production areas and urban centres due to the costs involved in the agric value chain.

In addition to Dr. Akoto’s defence and explanation, a consultant to the Agric Ministry, George Oduro also said the government is not spending taxpayers’ money on the initiative.

“The Ministry is not handling the project. It is private individuals who bring the foodstuff from the producing centres up to this place [the Agric Ministry] and the cost is borne by the traders we have engaged.”

“So far, we have engaged six traders who are on this project, so they bring it from the producing centres to this place and sell it for themselves.”

He further stressed that “the Government has nothing to do with the initiative, there is no subsidy from the Government, Government is not paying anything, we are not incurring any cost so far as this project is concerned”.

The Agric Minister, Dr. Owusu Afriyie Akoto first suggested the introduction of such an initiative during a meeting with farmers in Sefwi Wiawso in the Western North Region.